But oh, the ones that didn’t… 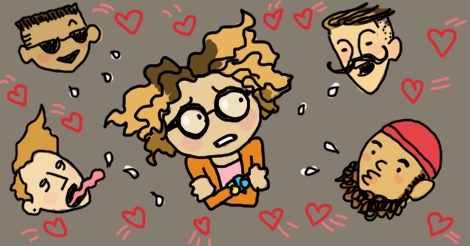 So the worst part of online dating is twofold, but both of those folds are messaging. One worst part is sending them, waiting for a response, but that’s just life. The other worst part is receiving the most ridiculous messages that hopefully nobody would ever say in person to you. Here is a medley of some examples from my own inbox on OkCupid and from my friend’s inbox.

Disclaimer: I actually love all these messages, but obviously did not respond. 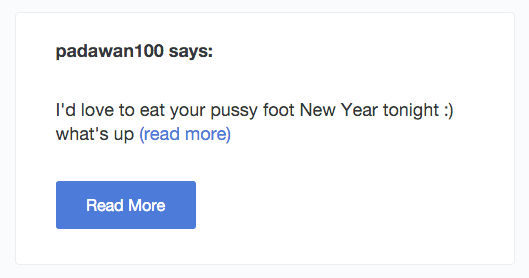 But, sometimes, they just have the perfect username. 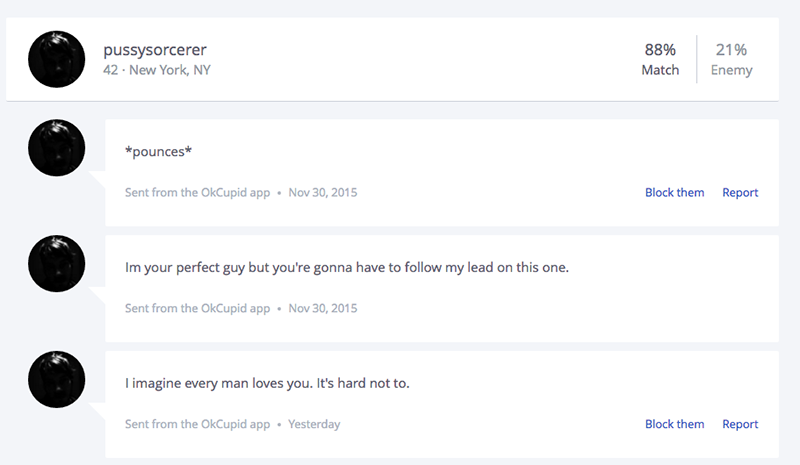 Honorable Mention for a great message: 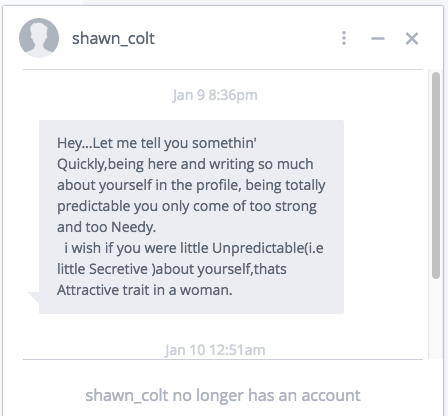 A word of advice on receiving dick pix:

My friends, I think that we can all agree, as women at least, that we don’t really want random dick pictures sent to us. If I want to see a dick there are like thousands of websites, filled with dicks. So if you get a random dick pix, I don’t know man, delete it? Show all your friends first, obviously. If you are getting a lot of random dick pix all the time? Change your method, dogg. I’m not saying it’s your fault, but you can certainly do better to prevent them. Maybe take those boob pix off your profile.

A word of advice on sending dick pix: