Being a girl is one of the best things ever to happen to me. My gender allows me to live in a pink world filled with unicorns, kittens, pillows, sweets, and all manner of nice things. I get to Girl Talk, rely on boys to lift heavy objects for me, and to remove insects from my sight. Also, for a few days every month, I get to be a hyper-emotional psycho with very little in the way of consequences – whether I want to be or not! Other girls understand and allow it (unless they are also in that time of the Most Terrible of Cycles), and boys understand just enough to try to ignore it. This bittersweet reward is known as the P.M.S. 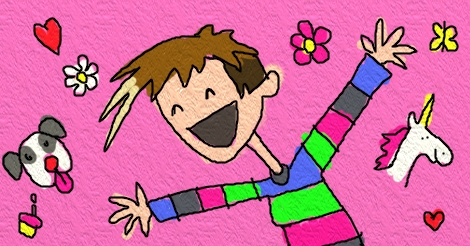 This article isn’t going to be a guide for helping boys to better cope and appease the women in their lives during this bleak moment. Every girl houses a specific, unique, terrible tapestry of physical and psychological destruction, and it changes with every month. So it is nigh impossible to write a comprehensive list on how you could meet your lady friends’ needs. It just isn’t going to happen, fellas.

I have actually consulted TWO resources concerning the Pre-Menstrual Syndrome. This is actually going to be… informative! Maybe this article will read like a malformed textbook that tries to be humorous sometimes, but only winds up sounding very, very sad. My little health book that I am consulting here in my own home told me that 90% of all women experience the symptoms of this lovely syndrome. I’m no math expert, but I’m willing to bet that 90% of the female population equals a whole lot of ladies — maybe even more than you could shake a stick at! And when you think that P.M.S. has over 150 symptoms associated with it, we must all marvel and wonder as to why the entire world has not been burnt down, repeatedly, every day, by masses of angry, angry women for a million years.

Also, since I know that no one under the age of eighteen should be reading this site or be anywhere on the internet unsupervised, I am going to guess that even those readers who have never gotten to know women firsthand realize that P.M.S. happens before the period. That is why it is PRE-Menstrual. If someone out there did not realize that, you may excuse yourself from reading any further so that you may re-enlist in sixth grade.

A note: I tried to obtain a list of all 150 symptoms, but it is surprisingly hard to find. In fact, I’m beginning to think that one doesn’t exist! Some people don’t even believe in P.M.S. — they think it is all a huge feminine hoax so that girls can get away with being horrid. These are the same kind of people who disbelieve the Moon landing, the Holocaust, and global warming. I am sure that they will feel the lack of a complete list of symptoms is proof that women at the very least exaggerate. A lot. It also doesn’t help the case that plenty of women somehow, miraculously, do not get many of the symptoms at all ever. Lucky! I am not here to argue that or speculate, though. I am just here to show you the little list of 80 or so symptoms that I found, and have probably personally experienced multiple times. I’m NOT exaggerating! 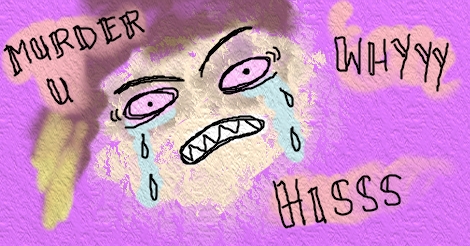 Reading that list, I am sure the reader experiences a heightened sense of love and understanding for the delicate, peaceful female human. When you step back and look at her in all her enraged glory as she violently strikes out at any target, her swollen, tear-streaked cheeks packed with pasta and pastries, you see that nature has truly made the most emotionally devastated creature on earth.

I know that I personally enjoy it when I wake up in the morning, stagger out of bed, run into a few end tables which I then very loudly threaten to break into kindling if they ever get in my way like that again, eat a tub of macaroni and cheese and then break down into tears because I know I shouldn’t have eaten that much, I can confidently KNOW that I have ten days left until my period starts. I don’t even have to look at a calendar! I bet you boys are jealous of this built-in feature we have. I bet you are also impressed that I just totally overused the word “know.” I don’t care! Who asked you to judge me? I will kill you. 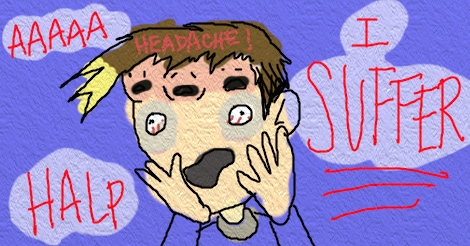 So if you think that maybe girls should be level-headed enough not to completely attack any moving object, (and really, we probably should exercise a little more self-control sometimes I guess), you now must find a way to get us to overlook the abundance of aches and pains we must suffer through. I mean, look at that. We get headaches and pains, certain sounds make us mad, and we get to endure them knowing that NEXT week, we will have the menstrual cramps, which are often far worse than any normal human pain.

This is one aspect of being a girl about which I cannot find anything redeeming. Usually, P.M.S. can be used as an alarm which reminds you that you will be bleeding soon. But the unbelievable mood swings and uncontrollable crying fits do well enough. We didn’t also need physical discomfort. The neurological symptoms should just go back to Hell, where they belong!

What Have Intestines Got To Do, Got To Do With It? 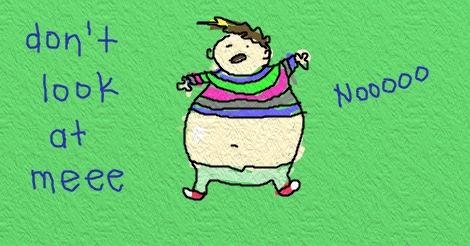 Lovely. No, it really is just lovely. You know on those commercials for certain pills they sell to women, when they have the ladies all round and swollen out with the Bloat? That is actually exactly how it feels. It feels like your skin is being stretched to its limitations. You believe that if you were to be poked by a needle, you would pop. Loudly. They haven’t made commercials depicting the way cramps feel, however. I think it is because advertisements where women writhe around on the floor, knocking furniture over and screaming to high heavens, and maybe some very graphic scenes of women actually tearing in half and bleeding to death in pools of their own bleeding waste may not go over well with “family-friendly programming.”

Women And Men Agree: This Is The Biggest, And Most Annoying, Problem 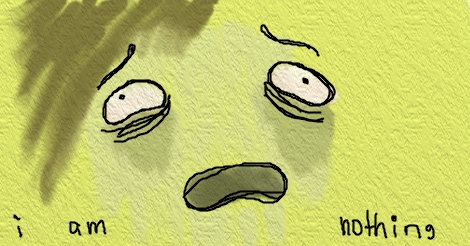 Ha ha! WOOO! To summarize that list, women, aged 20 – 50, turn into young teenage girls every month. But only mentally. That has got to be the meanest curse ever to put on a gender. Going through puberty isn’t fun – you get all sorts of weird problems inside your head! And women can get them every month.

When you think of how many women are in the work force, it’s rather amazing how many things get done without colossal errors all the time. I think 40% of the American workforce is comprised of people of the feminine persuasion, unless I just made up that percentage. That is a bucketful of insanity, if you ask me. Why are there not more shootings at work? How are there not more violent dismemberments by tooth and claw? How do things keep running? I’m surprised that you don’t walk into offices only to find that many of the women are lying face down on the floors under their desks, trying to forget how to live. Such strong and brave creatures they must be! 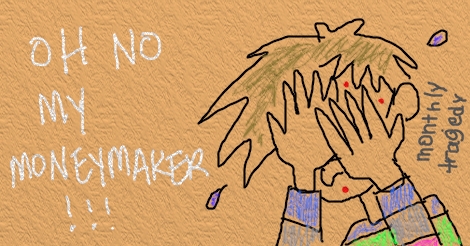 The female body is incredible. It can go from being a lovely, sleek figure one week, to a horrendous swollen, pimply, bloated bag of uncomfortable rippling flesh the next. And some people wonder why we suddenly have bouts of crippling self-esteem problems! It’s because we can see what our bodies can do! We generally hide and cover up during this time, so that only we witness the nauseating puffy growth. Also, this unfortunate incident takes place when we are at our most psychologically vulnerable, creating even more cause for self-loathing freakouts and considerable hopelessness.

Perhaps that’s WHY it occurs at the same time, actually. We are so caught up in thinking about how we are easily the most grotesque pieces of water-logged ham on the planet, so everything else we care about is spared. It’s tricky, but it just might be the explanation I was looking for. In fact, I know it is! I am justifying this whole experience like a pro! Go me!

And Then The Uterus Explodes Into A Shiny Red Cloud Of Pain!

After the seven to ten days of tension, anger, depression, regret, paralyzing fears, paranoia, aches, pains, bloating, cramping, and a myriad of other physical and emotional problems, the period itself begins. For many of us, it is heaven-sent. Likely, we were not impregnated during that time, and also, our P.M.S. draws to an end. We are then left with wildly uncomfortable cramps for a day or two, and bleeding for anywhere from three to seven days, generally. But after that, we are free to be our “normal, functional” selves again. That is, for like a week or so until the horned up fertile cycle kicks in, some mittelschmerz, and then P.M.S. again! Forever and ever until menopause pretends to give us a relief, when really it is just trading one set of horrible scenes for another. Osteoporosis will rear its brittle head and break all of our hips in the process. 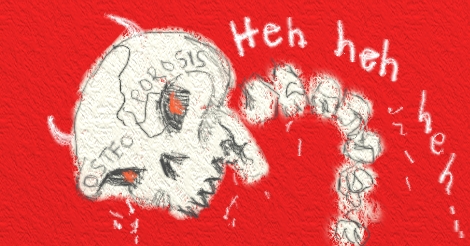 Yes, being a girl is really fabulous.