Prognostication for Any Occasion 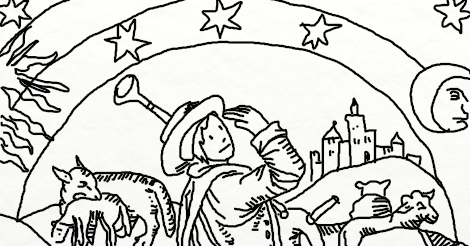 For millennia, human beings have desperately wanted to be able to see into the future. Originally, they needed to predict which way the herds would roam, or when the chieftain would die. Eventually, the focus turned to the weather. Droughts could destroy communities. Floods and storms could wreck lives or sink cargo vessels. Blizzards could kill whole herds of meat animals. Livelihoods really depended on which way the wind blew.

Nowadays, the climate and environment obviously doesn’t matter anymore. Natural disasters? Pfff. Merely an inconvenience to some, a surreal topic of conversation to others, and ratings boosts to still others. Most of us will be caught wholly unprepared for a rainstorm on any given day, and we don’t care because if we catch a cold it won’t turn into a fatal consumptive disease. At least, not yet.

It is time to update the folksy folklore to reflect the interests of now. It is time for little rhymes to guide your actions, to remind you of the things that are true. Or could be true. Or are true enough. Just act like they’re true. In this instance, it’s not going to hurt you if you do.

If New Years Eve involves lies and shames
It betokeneth a year of doubts and pains,
If joys, much mirth, and schemes and ploys,
If wrath, you’ll find that much annoys,
If sadness, the year will forever be bleak
If happiness, your life will reach its peak

When taxis won’t stop, and trains are delayed,
Your outing will flop, and you’ll be betrayed

When gossip travels far and wide, a fulfilling day will betide.

If a cutie catches your eye, ignore them til they pass by. If soon they come back, inform them of what they lack.
You will see them on the reg if you perform a well-placed neg.

When haughtiness reigns, expect a life of gains 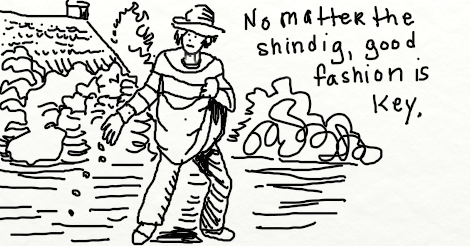 An arched brow makes the Look, in summer, or winter, or rain.
A fact most everywhere, in valley or on plain.

If you dress for a cold day, the hot sun will find its way
But if you dress lightly and go, you can expect unexpected snow

The tears of the daytime are often quite light, longer and stronger are those of the night.

Dine before seven, hungry before eleven.

When croissants cross your path
The belly much roundness hath
When the trousers too tightly squeeze
Soon we’ll have both weeps and pleas
When mirrors reflect only regrets and fear
That shows the ill-advised diets are near.