Reminisce: Degrassi: The Next Generation

Whether your favorite character was Emma, Paige, Spinner, or yes, even Jimmy, it’s time to go back. Yes, right now. Let’s go.

Okay so we’re a little late. Degrassi: Next Class started on Netflix over a year ago, so you can go watch that. However, remember being a little baby in 2001? Okay so I was 15 and you may have been even older. But THEY were babies. They really, really were. 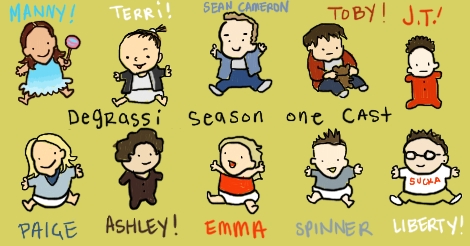 Back to Degrassi. Starting with The Kids of Degrassi Street, this franchise really blows everything on television away. The Kids was aired from 1979-1982 as four “after-school specials.” If you have seen any Degrassi, this makes a lot of sense.

This show is an After-School Special Gone Wild. It is the Tweeniest Soapiest Opera. Anything that you can imagine, will happen. From Degrassi Junior High and Degrassi High, all the way to the Next Class, this show really fucked with you. The tagline, which I’m not sure existed prior to Degrassi: The Next Generation was: It Goes There. Friends, it does. And although it is 100% an after-school special series, it doesn’t feel as preachy as it could. It seems very honest, very blunt, very true to life.

Maybe our love of this show stems from a wish that we were all Canadian. Maybe it stems from the REALEST shit we’ve ever seen on TV. Maybe it’s because they went out of their way to cast actual schoolchildren of that actual age group. Or maybe it stems from our love of Drakeypoo, who barely has lines at first and is just an auxiliary bully for Spinner. 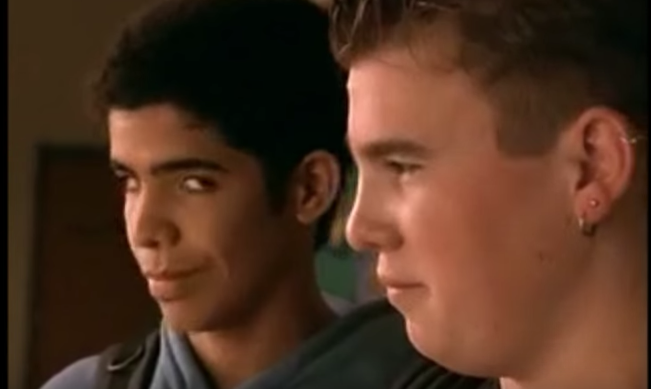 The first episode of Degrassi: The Next Generation is a two-part episode and it is a grand slam of after-school special goodness. These first two are called Mother and Child Reunion. It’s pretty heavy on the original cast and their drama as the now teachers and parents of the new Degrassi students. Here’s a very short rundown of some things you’ll find in those 40-ish minutes:

I can’t give you a lot more details, or won’t. But I promise that there are drugs, fights, modeling, basketball, parental abuse, anorexia, HIV, trans issues, date rape, STDs, coming out stories, domestic abuse… there is even MURDER.

Friends, sneerists, fans, etc: You can watch Degrassi with me, with us. It’s online. I won’t tell you where, for fear it is taken down, but it has every season and it’s on etctube. It is not on Netflix, Hulu, Amazon, or elsewhere streaming, even for a cost, so don’t bother. This possibly does not apply in other countries.