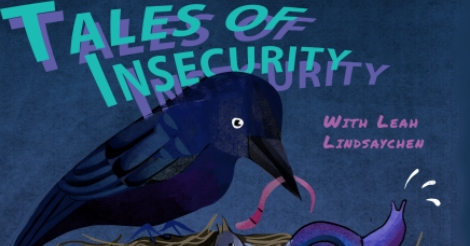 Hello. I’m Leah. I’m not one of your regular Sneerers. Sneerists? Snerfs? I don’t know the correct plural. Forgive me. These are foreign lands and I don’t speak the language, but also, I’m only comfortable as a stranger, so I don’t want to get too close. Excuse me. Please don’t let me seem unfriendly. I’m really happy to see you! You’re great! You’re pretty and you smell nice even when you aren’t trying and you have the best opinions about the things you care about. Go you!

It’s just, you know. Once you make yourself familiar, you set up all kinds of expectations. You’re committed to a personality, just by being seen or smelled or indulged. And when you change your mind — as you should, because sometimes you really do need some name brand deodorant, sorry — you’re forced to become a new sort of person, to reinvent yourself just slightly to carry on with life as you want it to continue.

It is for this reason that I am reaching out to you, my attractive, ambrosial, au courant acquaintances. You may have noticed, I am trying way too hard to impress you. This is not my usual manner, and I apologize if it comes off as pretentious or artificial, because it almost assuredly is. The problem is, the person I’m pretending not to be doesn’t really go about impressing people in a sincere way, and can’t really imagine what that would look like. She’s shy, and doesn’t like to draw too much attention to herself. She resents people who do. No offense. That color looks great on you.

What I wanted to tell you is, Season Two of Tales of Insecurity, a podcast of post modern existential horror, started Tuesday 7/24, and will be released every other week for ten episodes of emotionally draining, intensely personal, real world terror, the likes of which wake you up in the dark hours and force you contemplate your odds of getting through tomorrow. These aren’t the tales you tell in the dark; these are the ones you keep to yourself because if you said them out loud, everyone would know.

You probably didn’t listen to Season One. I kept it a secret because what if my parents heard it? They might try to call me, and we might have to have a conversation. But it’s available on iTunes, Google Play, Stitcher, and many other aggregate clients as well. You can search for it. It’s called “Tales of Insecurity.” The episodes have the format of a variety show, even though it’s just me, doing all the voices, making all the music. There are sitcoms with inappropriate audience reactions. There is pornography that can’t commit to its action. There are superhero bees who act as one and create order by maintaining hegemony. And there are doctors to assure you that everything is fine. Something for everyone.

For Season Two, we’re trying to be a little more optimistic. Maybe there is a glimmer of hope somewhere in that dust you’ve been crushed in. You’ve got a headstart! I’m reinventing myself just a little bit to say, “Hello,” and now, you can reinvent yourself into the kind of person who says, “I didn’t follow anything you just said. You said you have a podcast? What’s it about?”