The Best 90s Sitcoms to Grace Our CRTs 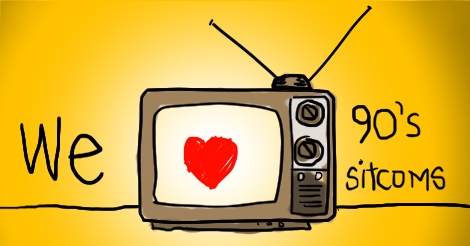 Sitcoms in the 90s were just the best, really. Even with some of the amazing shows of today, we’ll never get back those sick nineties fashions, haircuts, dance moves, or wacky synth noises. Sure we’ll have some reboots, and nostalgic tendencies in newer shows, but it won’t be the same.

Luckily, it’s not the 20s anymore and our beloved media is not lost to time, nitrate film explosions, or production arguments. You can find all of these shows currently airing in syndication, online, or uh… maybe check your DVD collection, in a pinch.

Below I have compiled not necessarily the greatest sitcom that premiered each year, but the ones that are really must-see for any current lovers of television. For example, I did not choose the unforgettable The Adventures of Pete and Pete for 1991, because the show is one-of-a-kind. Whereas hints of Dinosaurs can be found in plenty of sitcoms today.

I have also used a sort-of liberal definition of sitcom which primarily excluded sci-fi and procedurals. I also left out any cartoons, as they are their own glorious genre.

If you can make it through these shows, all 53 seasons of them, consider yourself a 90s sitcom intermediate-level pro. You’ll see current shows mimicking plot devices, style of openings, or just benefitting from the existence of one of these earlier shows. Plus, you won’t make it through life without having seen the entirety of The Fresh Prince of Bel-Air and Freaks and Geeks!

And, of course, since I wrote about shows that debuted those years, some honorable mentions, debuted in 1989 but running through the 1990s are: Quantum Leap, Seinfeld, and Saved by the Bell.