The Bitter Truth about the Sweet Tooth

A fondness or craving for sweets is the definition of “sweet tooth,” according to the internet, with help from Google.

Many times in my young life, I have heard people excuse their penchant for sugary treats by referring to the fact that they possess such a “tooth.” I have news for everyone. It’s not a good excuse. Pedophiles aren’t excused from child-touchery because they are fond of it, nor should people be excused of their sticky, disgusting habit out of fondness for sugar. 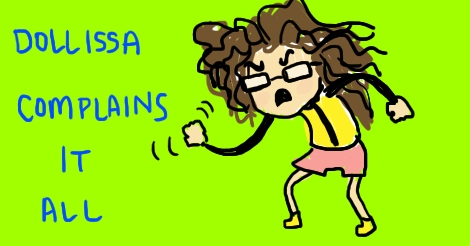 MyPlate, released by the United States Department of Agriculture in 2011, is a set of dietary suggestions for Americans to keep healthy and active. The category of “limit calories” is where sugar falls, and the government equates it to things like movies and vacations in a financial budget. The category is not even represented on the plate.

When children walk by a candy shop, they lose their minds. I have witnessed it. They cry and scream and hit their parents and do whatever is in their power to get their slimy little fingers on some ridiculous sugar concoctions. Many parents are unable to resist those little fists of candy madness. Then again, children are stupid. Anyone who has the ability to walk by a candy store and think “I want some candy” rather than screaming uncontrollably and running through its doors should have the wherewithal to also think, “I can eat anything other than this candy and probably feel better about myself, and be a better person.”

People like to make excuses to eat candy. “Dessert” is one of those excuses. “Well, I ate an entire meal already, so now I am allowed to eat something made of only sugar, as a reward,” is what they tell themselves. It sounds ludicrous if you say it out loud, but they don’t. What they say is “dessert.” Desserts are an addition to your meal, not a part of it. Trust me, you don’t need extra pieces to your meal.

Movies are another excuse. Apparently, entrance to a movie theater automatically justifies eating a lot of disgusting foods. Aside from the fact that everyone is too impatient to just not eat for an hour and a half, through a single movie — the snacks are terrible. You can choose from popcorn with fake butter on top, old greasy hot dogs, or candy. They don’t sell bite-size boxes either. They sell movie boxes, which are at least twice as much candy as anyone should eat in a lifetime. Many people buy multiple lifetimes of candy for a single movie. To understand why you shouldn’t eat candy at all for this occasion, you need only touch the floor of the cinema. Just once. 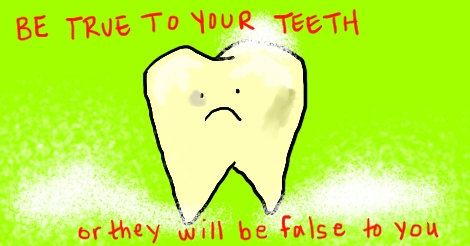 Alternately, a good way to put yourself off of candy forever is a simple thing I like to call Giving Candy To a Baby. Give some candy to a baby, then watch the horrifying results.

Perhaps the worst justification of all, however, is Halloween. We have all been conditioned to think of Halloween as primarily a way to obtain free candy from strangers — the more the better. Along with Valentines Day, Sweetest Day, Christmas, and Thanksgiving, Halloween is treated as a rare day when you are not only allowed, but encouraged, to set aside common sense and gorge on as many sweets as you can until your body becomes physically ill. Then, you are supposed to repeat this process until you run out of candy after a week or so.

It doesn’t matter that folklore suggests that the candy might be poisoned, or that it might contain razors. No amount of threat will dissuade our culture from stuffing themselves so full of candy that they go into sugar shock and complain of regret. Something about this holiday prevents being able to see cause and effect. The lamentations brought on by gluttony are part of the process, and apparently nothing will ever put an end to it.