The Hidden Glamour of Dreams

While looking through the 15 bins my mother has in storage in her basement of my childhood things, I found a book from when I was 12 or so. The book is called The Hidden Power of Dreams (by Denise Linn) and is largely about lucid dreaming and using your dreams to help your spiritual journey. 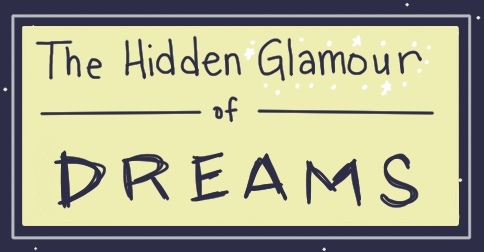 The book has a rudimentary dream dictionary in it. It does say that you should not use it directly to define something in a dream, but that it is more of a guideline for interpretation of the dream as a whole. Even with that huge caveat, it’s a really bad dream dictionary. Some of the interpretations are just definitions of that word, others have as many as four conflicting interpretations. See the following example:

Busy; industrious.
Social cooperation.
The possibility of hidden sweetness.
Feeling “stung” by some circumstance or remark.

I mean, come on, right? So I’ve decided to describe some of my most common recurring dreams and interpret them with the dictionary in this book, published in 1988, and then the Sneer Campaign way, which is probably more accurate and also exciting. Most of these dreams are actually definitely nightmares.

I’m In the Back Seat of a Car, But I’m Supposed to Be Driving

Your physical body or yourself.
Notice where the car is going, the condition of the car, and who is in it.

If you are the passenger, you are “along for the ride”; you are not deciding the direction, someone else is.

Sneer Campaign Says: Amandoll and I were never ones for driving. Neither of us has, or has ever had, a driver’s license. Although the book might imply that this dream suggests I am not in control of my life (but also no one else is, because the front seat is empty), Sneer interpretations say otherwise. Clearly, this dream is about our lack of a handsome chauffeur to shuffle us around in a shiny DeLorean.

There Is Ice in My Mouth, But Oh God Now It’s Just Rocks

Frozen emotions.
To be on thin ice refers to a dubious circumstance.
Slipping on ice means being in a circumstance where you don’t feel on stable ground or are unsure of yourself.

Sneer Campaign Says: This one is tricky. The act of eating something can signify that we are changing and that a certain personality trait may expose itself more often. Often people refer to diamonds as ice, so it is indicating that we are on our way to great wealth. However, since the ice turns to horrible, horrible rocks instead, we do not quite make it (yet). Perhaps on our way to great wealth, we will first develop even stronger personal power. The dream is telling us to get exciting new hairstyles.

I’m Back At Summer Camp, But I Don’t Have Anything I Need

The child within you; those inner aspects of yourself such as playfulness, joy, openness.
The child part of you isn’t being acknowledged.

Carrying a pack: something or someone or an idea that you are carrying around with you is not necessary; let it go.
Packing: preparation for a change in your life.

Sneer Campaign Says: In these dreams I not only do not have extra stuff like snacks and a fan (just like in real life when I first went), but I also do not have clothes, money, bedding, or anything else that is absolutely necessary at a sleepaway camp for 9 weeks. This dream means that we do not need to go out into the world prepared, because the world is prepared enough for us. Also that we should stay in luxurious chalets with hot tubs, fireplaces, and gin rather than anything resembling camping.

That Time There Were Some Muppets Out In the Ocean Floating On a Raft/Hot Air Balloon Combo and I Swam Out to Rescue Them, But They Didn’t Need My Help 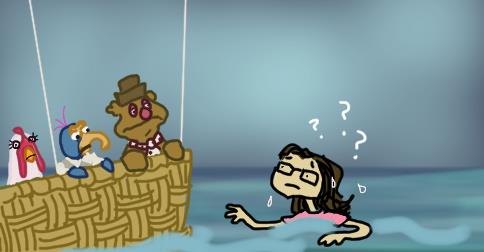