The Mark: A Personal Mystery

There are many kinds of mysteries in this confusing, mixed up world. We often find ourselves trapped in darkness, trying to solve a murder case, maybe, or seeking to understand what on the surface appears to be a supernatural phenomenon. Whole civilizations have been lost and we still don’t know why. Statues may weep tears of blood, drawing crowds of thousands of hopeful people, yearning to see a miracle.

Some mysteries are on a much smaller scale, but are no less perplexing and miraculous. Some mysteries appear on your own body! A mystery appeared on mine. 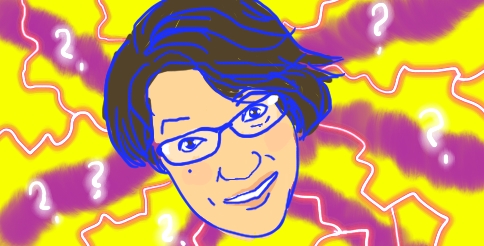 March 10, 2016: a day that will live in infamy. It was a beautiful, sunny day. The chill of winter was momentarily giving way to the energy and optimism of spring. I hopped out of bed and greeted my lively daughter. As we were horsing around together, I noticed that my hip hurt. This is normal for someone over thirty, so I did a little yoga to stretch my hip muscles. The pain increased from a dull ache to a burning, throbbing sensation at the top of my rump. I reached back there and felt SOMETHING. Something inflamed, moist, crusty, and painful. I contorted in front of a mirror to look at it. It looked like a weirdly-shaped burn. My mind raced and I looked up herpes, shingles, scabies, and any other diseases that might appear on a butt. It was none of these things. I made my darling daughter examine it. She said matter-of-factly, “It looks like a burn.”

I have been burnt with a cigarette lighter before. This is exactly what it felt and looked like. Like the smiley face brands angsty teenagers give each other, only the smiley face melted.

This is the mystery: I was sleeping alone, in my bed. I was not intoxicated. There were no foreign objects in the bed. I did not have a huge pimple or cut or anything on my rear end the day before. There is no logical explanation for this mark. It may have been a prank by rascally outer space aliens after they were done probing me, but their marks are usually geometric. If so, I appreciate that they didn’t leave me as a hollowed-out carcass like the cattle they experiment on.

Or it could be a love bite from a demon with searing teeth. In the past, people believed that the Devil left marks on the bodies of witches who served him, as part of an initiation ritual. These marks were left in secret places and were supposed to look like burns made by hot iron. Hopefully, this means Satan himself has chosen me to be his infernal butt slut. 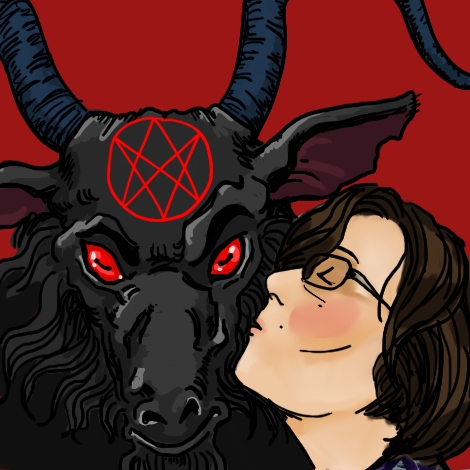