You might see these around sometimes in old people’s homes, on the street, or under the bed of some guy you met at the bar. They’re usually black circular thin discs, sometimes with a sticker label with nonsense words. But what are they? 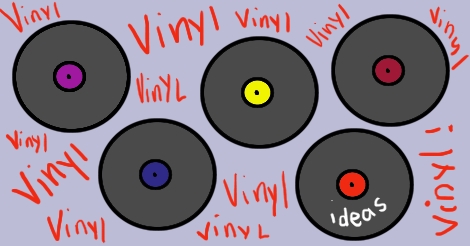 Originally created as a sort-of frisbee, they did not catch on much. The strange method of production however, resulted in millions and millions being pressed. Many records (heh heh heh) of what was done with them since then have vanished but we can find some clues in the haphazard piles people leave behind. From what we can tell, these were once available from places called Urban Outfitters and a place called CBGBs. The last remaining mention of CBGBs indicates it was an eatery at Newark Airport.

Anyway they’re called Vinyl Records and here are some great things you can do with them in these modern times, now that they are impossible to use as intended.

People love this! They’ll come over to your home and say “Jazz Hits of the 1930s? I love that one!” They seem to be collectible. Legend says that if you have several of the same design, you can combine them into one giant… wall decoration. Frame them for an extra touch of class, as if to say, “this is my most prized circular possession.” 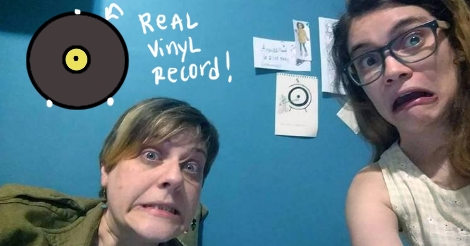 You have to be careful to use these as coasters, as they have a pretty big hole in the middle. Maybe you can use them as a game/challenge: better put your mug so it’s on black part of the disc! Okay, don’t play games on delicate tables, but one of these will hold your whole family’s drinks. Pretty useful.

When I was about 12, some kid bet me I couldn’t break a CD into pieces. This scar shows otherwise!! Just kidding, I was not injured but it shattered sort of terrifyingly. I bet you can do this with a vinyl records, in case there is some sort of revolt from Urban Outfitters. 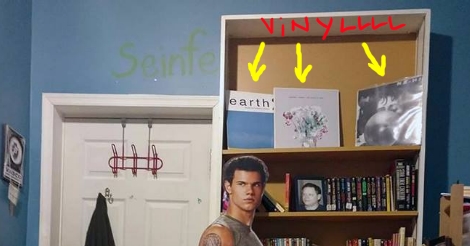 If you insist on “playing” them you’ll need a record player, whatever that is.