Adventures in Medicine 2: Down the Rabbit Hole of Psychiatry

When I was a young lad, I was afraid of one of my uncles. I was never around him, seldom saw him, but I knew he was a monster. I knew from how the other adults spoke of him. Not of his misdeeds, of which there were many, but the word they used for him, in hushed tones. “Manic-Depressive.”

Mental illness runs in my family.

Both of my parents have been in mental hospitals. An aunt on each side has unspecified “problems.” My brother has crippling anxiety. Suicides crop up here and there. Always whispered about. Always hidden. Always stigma. 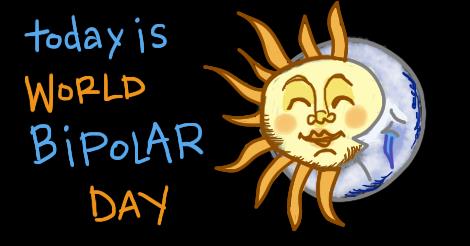 I have bipolar disorder. Approximately 2-7 percent of the US population over 18 does. They have to estimate because so many people hide it, try to drink it away, or are lost to suicide. More are men than women, because thanks to stigma, those who seek help are seen as weak. Bipolar disorder is diagnosed in 5.7 million Americans. Roughly half of us will attempt suicide at least once. Of those who do, a third will ultimately succeed. Almost a million Americans alone. Mental illness is real, and it is lethal.

There are three main classifications of bipolar disorder, characterized by the the types of upswings, or manias, the patient experiences. Bipolar 1 is the most severe. Manias are soaring euphorias, feelings of invincibility, the total absence of reason. It can also have delusions and hallucinations. It can devolve into tooth-grinding episodes of feeling wholly out of control, agitation, and rages. Bipolar 2 is what I have. The manias are typically called “Hypomanias,” where the patient has some contact with reality. These can be almost pleasant at first, with increased energy, productivity, and friendliness. As it wears on the brain, though, this too can devolve into agitation, irritability, and what I personally experience as burning: my nerves and blood vessels feel like they are an inferno, and nothing, nothing can put it out. Finally there’s the mildest, Cyclothymia, where the patient experiences mood swings related to the up-and-down pendulum swing characteristic of the bipolar spectrum. They are less likely to lose control, though the effects can still be incapacitating, or lethal.

Before I was diagnosed, I thought I was just defective, somehow lacking in personality or character. I would sit in the dark in my bedroom, my veins aflame, my mind a chaotic mess of tormentingly negative thoughts, clawing at my skin and trying not to scream. Not from the pain of my nails, but from the lash of my emotions.

Now my bipolar is considered well controlled. Where I once was so manic I bought a truck I could not afford, then two months later had it repossessed because I couldn’t get out of bed, I now take a cocktail of drugs to keep things under control. I still get depressed, but I can usually make it out of bed.

Notice I say “controlled.” There is no cure for bipolar disorder. It is typically a life-long condition, and even when on medication that works for you, there will still be episodes of some sort from time to time, though mostly you can work around them.

I am one of the lucky ones. I managed to turn away from the pressure to “man up” and “tough it out,” though I ironically did tough it out for nearly 20 years until I got the correct diagnosis. I never in that time developed a drug or alcohol problem, thanks in large part to a strong support system of family and friends, offline and on. (Hi Amandoll!)

But there’s a positive side too. Creativity. A lot of the music you listen to, the books you read, the movies and TV you watch are at least influenced by mania and hypomania. The flames of mania, when controlled, when benevolent, in the right person, can change the world. Just take a look at this list!

We are mental illness. We are your brothers and sisters, sons and daughters, wives and husbands. We can heal and move forward, but we need your love, understanding, and patience. We are not monsters, but are often among the most vulnerable in society; the sick, the weak, the homeless.

We need your compassion, not your fear. We’re all human beings.