As seen on YouTube, you can seemingly train any animal to do anything. Sort of. At least the animals on YouTube appear to do adorable things on purpose. I don’t know if that’s necessarily training.

I’ve never trained any of my pets to do anything. I’ve had rabbits, mice, turtles, hamsters, gerbils, and cats. They all did whatever they wanted, some resulting in more damage than others. I’ve always thought about training them, though. It seems like a lot of work, and the animals seem pretty against it without even trying. 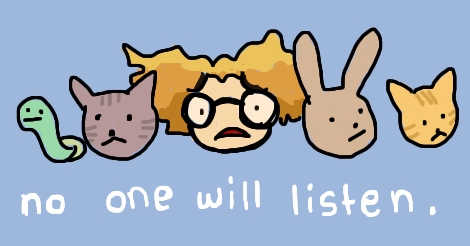 However, here are some pets that I want, and what I would train them to do if I possessed the time, patience, ambition, and skill.

Here is how rats give manicures: First, they delicately hold your finger with both of their rat hands. Then, they clean under your nails with their razor-sharp terrifying teeth. They will clip any of your hangnails.

“I was terrified at first,” is what Amandoll says of the practice. I think that would be a good slogan to market this new product, Rat Manicures, at spas. It could be the weird new craze. It’s really not much stranger than a V-steam, which is a real thing you can get. Yes, that V.

Now, rats do this of their own volition. Imagine what we can train them to do after that. I’m sure they could hold a little nail file and buffer and give some quick swipes to your nails. We could probably even train them to clean each nail with a cottonball.

Is there a thing you can get that makes phone chargers a little easier to plug in so that my hypothetical future rat can learn to help me? I’m sure that I could train a rat to plug my phone charger in when I get home, but it takes a strong little shove that I’m not certain a rat could handle.

They could definitely plug in my laptop. Thanks for the magnetic charger, Apple.

No explanation needed. A mouse would bring me flowers.

Is this ethical? I bet their tiny hands would be perfect for hypothetically breaking up any hypothetical weed that someone who isn’t me could smoke. I would give them a yogurt drop in return. They would, I mean. They would give the mouse a yogurt drop in return. That mouse could also probably go the extra mile and pack the bowl. I mean he already has the weed.

When I had mice as a kid I always thought it would be cool if I were the kind of person who might train the mice. I thought it would be great if I hypothetically trained them slowly by ringing a bell whenever I gave them food, Pavlov-style. Without a lot of thinking about the in-between, I imagined that I would use this to eventually train the mice to stand on tiny furniture to look adorable. Dream big, Dollissa. 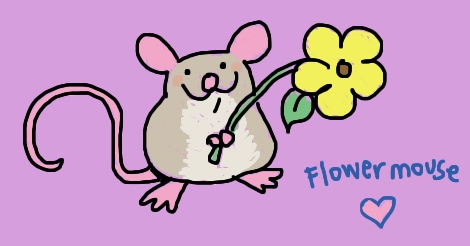 If I had a ferret I would definitely want it to bring me things. Anything would be cute, but certain things would be useful. What I pretty much always want is food. Could I get my hypothetical ferret Wesley to bring snacks to me without eating them himself? Probably. Could I get him to bring me a certain snack? Maybe not. But he’d also be much better at sneaking past my roommate with a bunch of food.

Who wants to get up after they are already comfortable in bed and have finished an entire box of cereal or cup of rice pudding? Nobody. Not me, anyway. Wesley can toss the wrapper, cup, box, bag, or packet for me. Then I can give him some… what do ferrets like? I’ll treat him nice I promise.

Some people do train their cats to do this and, actually, one of my cats already pees in the toilet if we let her in there. But, if they don’t do all their bathroom stuff in there, it’s not very helpful. Also, they need to flush because come on guys. Let’s get it together, okay? This is a very civilized household and I’m tired of seeing your poops.