Cartoons To Sleep To

I love sleep but I often feel like I do not get enough, and I don’t really have any experience with successfully falling asleep with any regularity unless I am exhausted. However, I have little tricks to help me get in the mood for sleep. Often, these tricks involve YouTube or Netflix. 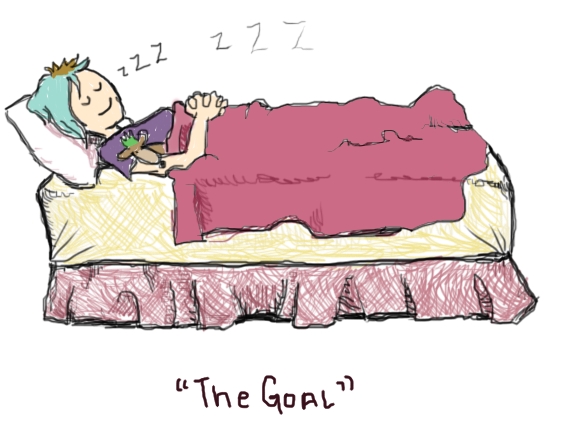 Once upon a time, I could not sleep if the television or radio were on, because I’d want to pay attention to it, whatever it was. But along the way, I have discovered a few shows that I have seen so often, or have been watching when I was already exhausted often enough that I have made a mental link between the two, that I am lulled into snoozeland within an hour.

There are a few television shows with live actors that I can sleep to, sometimes against all odds, such as Always Sunny in Philadelphia. I can let that play on Netflix for days and be soothed, despite the fact that they never stop screaming or being unbelievably hostile. But I find that what really does the trick are animated shows. It isn’t that I am returned to an age where I could sleep easily, because these are all shows I have watched in adulthood, mostly. Nevertheless, they possess a quality, each one of them, that guides me to where I want to be. Maybe they can do the same for you? Plenty can be found in YouTube in full, but in some cases, you’re going to have to find them yourself. Good luck.

Comedians talk about their issues while Jonathan Katz makes noncommittal sounds and dad jokes. Laura is eternally annoyed and Ben is a buffoon. Adorable low key jazzesque music plays for a moment rather frequently. All of this apparently is a recipe for perfect slumber that works better than any Sleepy Tea. And hey! They are making new episodes of Dr Katz in podcast form! Dollissa and I listened to it the other day and it was just as good as the original. And after so many years of watching it, we didn’t even need to see any animation. We could just close our eyes and see it ourselves. It will certainly lend itself to more sleep. Thank you Dr Katz.

Consisting of many of the same people as Dr Katz and airing in the same era, Home Movies is more frantic than Dr Katz, with more yelling, but is still a familiar friend that will take me to ZZZ-Town when required. There is like one episode, and I can’t remember which it is, but Jason makes some high pitched yelling sound that will anger me into switching to the next episode if I am almost-asleep when it happens. But I can’t stay mad. Every other minute of Home Movies makes up for it.

There are like thirty seasons of the Simpsons but I rotate through the first ten, over and over and over. I even have them on DVD in case I don’t have an internet connection. This show will sometimes keep me up if the episode is just right for the moment, but that’s okay because it always will make me laugh. I used to have dreams about the Simpsons. I didn’t mind. I continually hope that I will have such dreams again. I’m always in their house and we are all cartoons still, but it’s all so real. Wonderful dreams.

We’ve all been there. You go to your Netflix queue, determined to finally get your saved shows whittled down, but you can’t find anything that hits the spot so you just watch Futurama again. Every once in a while, though, I can’t stand watching Fry act like a lovesick fool over Leela, so this isn’t always what the doctor ordered. Luckily, if I can get a good deep sleep going, I never am awake during those tedious episodes, anyway.

For whatever reason, this show was not warmly received when it aired, so there are only a few seasons to cycle through endlessly forever. The parodies and character voices somehow work together to set me adrift in a sea of tranquil snoozy sounds. This is the only time Jon Lovitz’s voice soothes me, other than when he is a guest voice on the Simpsons. Any other time, he sets me a little on edge — perhaps just because I have to see his real human face then. That’s enough to keep anyone awake.

The Marvelous Misadventures of Flapjack

Another somewhat unexpected source of sleep, Flapjack is almost Spongebob-loud, but that doesn’t keep me up at night. I enjoy drifting in and out of sleep, probably awakened by another screeching scene. It causes me to remember my dreams more vividly, even though I am not exactly rested by the morning. Still, I frequently find myself returning to this show, found in its entirety on Hulu. It is only a few seasons long too because many of the writers left to work on Adventure Time, an inferior show, in my opinion. I will never forgive Adventure Time for this, really. Flapjack was my FAVORITE, you jerks! If you resort to watching it on YouTube, know that it gets taken down pretty frequently. Expect the link below to go dead with some regularity.