In the 1990s, I was in my impressionable teenage years. Well, impressionable-ish. I probably was no more impressionable then as I am now, but, much like now, then, I knew what I liked and what I despised. Regrettably, I must confess that I probably hated more things than I liked, much as I still do today, although I try to turn hates into “devastating indifference,” which might be worse in some cases. Back then, I liked the brand new Comedy Central, still in its infancy. And I downright loved Dr. Katz, Professional Therapist. And I deeply appreciated Dr. Katz’s sullen secretary, Laura. 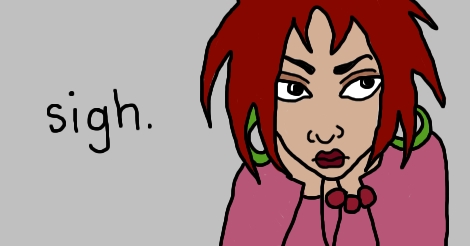 When she wasn’t being outright hostile to other people, her baseline character was forbidding, unwelcoming, and uninterested. Laura was reticent. That was her entire persona. I loved it then, and I still do now. Here is a small list of reasons she was a sort of role model for me, although not entirely because I didn’t really want to be a Terrible Person, but there is still this appeal.

Laura very obviously only held a job in order to pay her rent. She wasn’t there to make friends or to enjoy it at all. She endured every day. She endured the patients trying to banter, and Dr. Katz’s valiant efforts to get to know her. She barely tolerated any of it. She actually abruptly took time off pretty often and would sass everyone. What was she, a millennial? Despite all of this bad attitude, she was not ever fired, which is definitely because of the sweet and nonconfrontational personality of Dr. Katz. Way to coast, Laura!

There were hints throughout the series of Laura’s life outside of the office. She had friends. She had cable television. She could nurture − she was very concerned with the well-being of a baby bird once! She had boyfriends and dates and outings. But as soon as a fact like that would slip out, she would immediately be less forthcoming. Further questions would either go unanswered or barely answered. Every indication pointed to the idea that Laura enjoyed a full life and could even laugh and have fun! But she never willingly let on. Being such mystery is wonderful.

Not Afraid to Shut Down a Conversation

A lot of people in the world will be drawn into awkward conversations as a matter of being socially acceptable. Being “polite” I guess is actually what it is. Laura though did not mind throwing this talk into another direction of awkwardness: long stretches of silence. If a person is trying to engage you with conversation and doesn’t take all of the hints that you aren’t in the mood, just ignore them! How easy! Even better is to not answer while looking them right in the eye. She didn’t care. She probably even had a joy in it. The other thing she would do is to inform people when they were telling her too much about themselves, which seemed to be almost any time they referred to themselves at all. Some people might consider this to be rude, but I like to think of it as her being the master of her own destiny, and her destiny did not include suffering at the banality of chitchat.

The impatient sighs, the groans of displeasure, the glares, the nonacceptance of cooperating socially − all of these are hallmarks of dislike. If Laura didn’t like a person, they knew it. And if she was neutral, they still thought she hated them. The closest she got to liking anyone seemed to be Dr. Katz himself, and most of the time their interactions were stilted and awkward (for him). How many of us have wished that we could just let people know how we feel about them, without resorting to snapping and shouting insults at them and burning bridges? It is smart to begin with a barrier already in place. “You can’t get close to me because I won’t let you so don’t try,” is what her behavior conveys. No doubt it saved her a lot of trouble.

And a Cute Voice

I speculate that Laura (played by Laura Silverman) was able to get away with all of this not just because it was a work of fiction and that was how they decided she should be, but ESPECIALLY because she had a cute voice. She was adorable yet hateful, and people love those kinds of contrasts. It’s like an angry puppy, and explains the popularity of hamsters, which are comprised of equal parts preciousness and cold cannibalistic murder. And of all these attributes of this cartoon character that I admire, the cute voice is the one I was born with and so is the one thing I have definitely attained. And it’s objectively the best one in the list so I am appeased.

I still have my Laura Moments in real life, sometimes. Don’t you worry about that, sunshine. 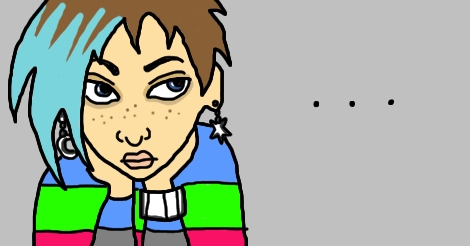