Columbo: It’s No Mystery As to Why I Love This Show

How many people here love murder-mystery shows? Raise your hands. Now, how many of you SHOULD love murder-mystery shows? I am going to suppose you have all raised your hands because that would be the truthful thing to do and we live in a world of honesty. Speaking of honesty, I will honestly tell you right here and now that Columbo is the finest television program in this genre of television show. It is also probably the finest program of the 1970s. You cannot dispute this fact with me because I will not hear otherwise. 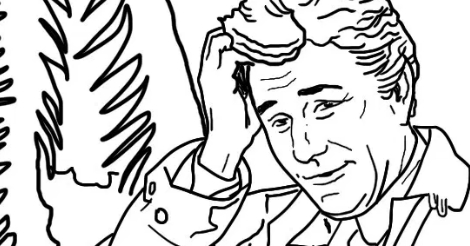 So what makes Columbo so great? What makes it a cut above Perry Mason and Matlock and Murder, She Wrote and I guess probably a lot of other shows I have never seen? Well besides the fact that Peter Falk is the star — and that is a huge point in its favor — it’s apparently the first, or only, show of its kind that starts off every program showing you how the victim was killed and also who killed them. The mystery seems to entirely be “oh man how is Columbo going to solve THIS one?”

I actually don’t know if it remains the only show with this sort of format. I’ll confess right now that this is the only kind of program that’s all about solving murders that I have ever watched with any regularity. I mean, except Scooby Doo when I was a child and I guess it really never had to do with solving murders. Did it? Suddenly it seems like it did, but also that seems pretty heavy for a children’s cartoon.

Anyway, I know that doesn’t really sound like a ton of fun, but it turns out to be really great. Probably because the character of Columbo is so odd and interesting and well-played by Falk. He has phobias galore, is very rumpled and scatterbrained, but very likable. And the villains are generally wealthy, pompous jerks and you can’t wait to see their smug arrogance turn into worry and then, ultimately, to horror and defeat. Oh wait but there are a few where you like the villain and feel sad about it — there’s range to these shows! Humorous moments are peppered throughout without being grating or distracting. It is a feelgood murder-mystery program and I love it.

After scouring youtube for a decent clip, this acceptance speech caught my heart instead. I assume that when Peter Falk played Columbo, he was just playing himself.

The show has a little bit of a cult following among those with exquisite tastes, and as with every thing on television ever, there are sites dedicated to every facet of every episode. There’s lots of stuff to mull over apparently, and strange trivia things. I found this all out when I was trying to find a mailing address for Peter Falk in order to get his autograph (which I got!). I imagine that once you get hooked on the show maybe you will join some Columbo Forums or something, I don’t know. 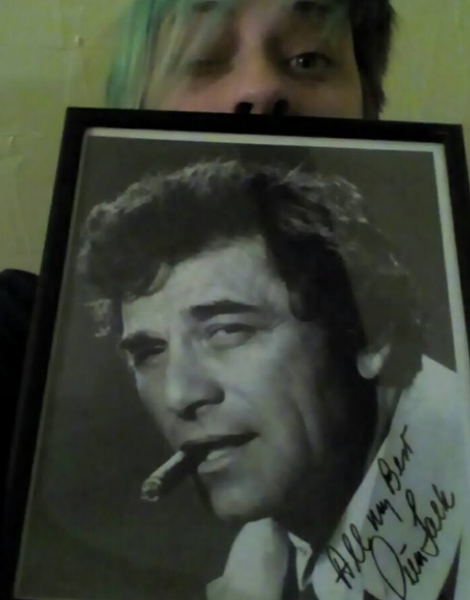 Netflix used to have all of the episodes for streaming. It was glorious. It was wonderful. But so many to choose from! While I feel that most episodes are pretty great, I do remember one or two kind of fell flat for me, but I can’t remember which ones they were. I imagine you will be able to find whole episodes somewhere on the internet still. Or trust me on this and just buy the whole DVD collection. I just recommend that you might as well start at the beginning of Season 1 and work your way to the end. There’s never any regret involved in such an undertaking.

In fact, I think it is about time I re-watch them all again, myself.