Enlighten Me: Adventures of a Filthy Casual

Dear Readers: As we know now, the history of our modern world can be divided into two segments, Before Pokémon Go and After Pokémon Go. This post by our newest fabulous guest writer, Justice Jane, was written B.P.G. if you are wondering why it still explains why people might run around playing an augmented reality game. This post is about Ingress, the beloved predecessor of Pokémon Go. Our apologies to Ms. Justice for not also posting it B.P.G.

I started playing Ingress maybe a month or two ago, after several prompts from my boyfriend, an avid player of the game. He picked a team for me, set me up, and never, for a moment, thought that I would actually start playing. To his surprise, I did, perhaps out of boredom, or perhaps out of that sheer determination that appears out of nowhere when someone you love doesn’t think you’ll do something. To my surprise, I enjoyed the game. It’s cool, really. You get to feel a bit like a spy, and walk around a lot outdoors while only minorly feeling like you’re wasting your life. No more than usual, in my case.

After a month or two of playing, I was informed of a big event the organisers of the game were hosting in Sydney. Apparently it was called an Anomaly, and such events happened around the world on a regular basis. Being based in Adelaide, Sydney is a fair plane trip away, but not far from doable. I thought about it, but then, given that I had a trip planned to Sydney a mere 3 weeks after the Anomaly was set to happen, I passed up on the opportunity. My plans were changed when someone offered up a free plane ticket. I am known amongst my friends and associates as the type who has trouble passing up anything free, much less a plane ticket to Sydney. I thought about it for about twenty seconds, before putting up my hand, shrugging my shoulders and deciding that I was going.

Now, let me make one thing clear. When I first agreed to participate in this event, I had thought of it as some sort of casual, social meet-up between players. It sounded like a neat time, meeting other people who played. That was before the instructions started rolling in. I was assigned to a team, emailed sheets of detailed information, instructions on which apps to use, where to go, and then asked to list my inventory on a spreadsheet. Turns out Ingress, like all internet-based games, is serious business.

Feeling a little overwhelmed, but up to the task, I opened up the spreadsheet to see how my inventory compared to the other players on my team.I shouldn’t have been surprised by how much effort and preparation had gone into this from the other players. Then there was me, getting ready to go a mere four days before it started, having only played the game for a mere couple of months.

The other players had, on average, a shit-tonne more supplies than I did, in almost every category. I winced, entering a miserable ‘8’ into the field where the suggested amount was at least 200. A 0 where there should be a 30. Feeling pretty below average, I sent out a message apologising for my woeful lack of equipment. The team leader assured me that it was fine, they would load me up when I got there, but it still had me starting to feel a tad underprepared for an event that I hadn’t realised was such a Big Deal.

Then I received a message from the woman who was giving me the ticket. Turns out the airline wanted more than the ticket was worth to transfer it into my name, so, after a brief back and forth, we decided we were just going to wing it and hope they didn’t ask for ID. After all, it’s not like the airline in question was renowned for checking the identities of its passengers. I even made a few jokes that, given that the first name on the ticket was my real first name, I could just say I’d just been married.

Naturally, the airline asked for ID. Thinking on my feet, I pulled a sob story together, saying I’d just been married and my husband was in Sydney already with the marriage certificate, so I couldn’t provide any evidence of it. I looked at the lady with my big, sad eyes and said “Is there nothing you can do?” 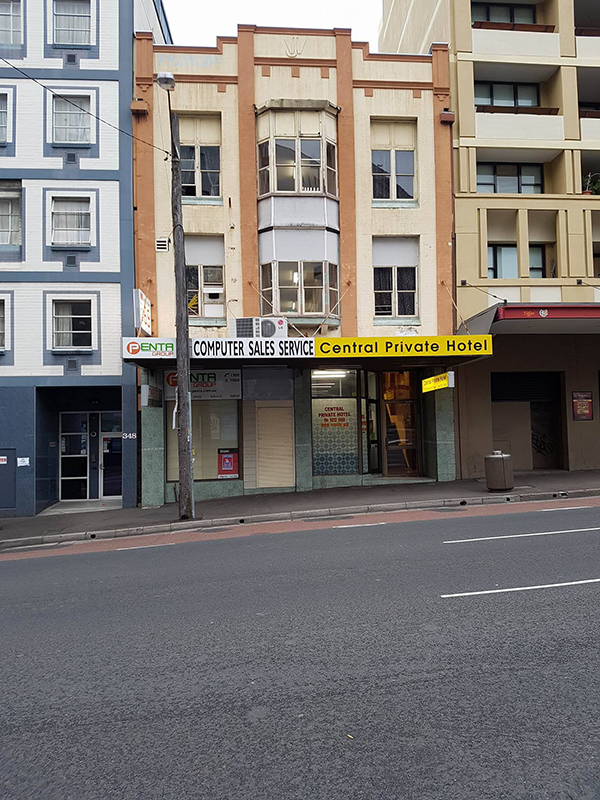 Just a few hours later and I was on a plane, happily married to a fictional husband. Another few hours later, and I was checked into my last minute, two-star hotel. It was fantastic. Two single beds, unpolished floorboard, little shower. Like the kind of place you see someone check into in noir films when a character is on the run. This, combined with travelling under an assumed name, made me feel well and truly like a criminal. I loved every second of it.

The next day was a mess of wandering around, collecting gear (struggling not to refer to them as ‘weapons’ lest I be arrested on the spot) and meeting all the wonderful people on my team. Most importantly, it was about preparing for Saturday, while still having less than a clue what I was doing.

On Saturday, I woke up with aching nerves. I had been in Sydney for nearly two days preparing for the Anomaly and yet, I still had absolutely zero idea of what to expect. Naturally, I dealt with these anxieties by putting together a killer outfit. As a member of the green team (officially known as the Enlightened), I started with a simple black dress and added a green belt, green cardigan, shiny green leggings and black Doc Martens with green laces. I also had a green bow in my hair to finish the piece. I had no idea what I was doing, but I looked like a goddamn superhero. On the way to the Opera House, where the official registrations were taking place, I was asked by a random, rather flamboyant, jogger, if he could have my outfit. I told him I was kinda using it, but thanked him for the compliment.

At the marquee where the registrations were held, the response to my outfit was no different. The event photographers swarmed around me and gently suggested I get my face painted with the Enlightened team symbol (I happily obliged) and I was even interviewed by a national TV program about gaming. I still had absolutely no idea what I was doing, but at least I was the centre of attention, and really, isn’t that all that matters?

After some shouting and cheering on the steps of the Opera House, I found my team (the larger faction was organised into teams of about ten people) and we headed for our first ‘portal’. My team captain asserted her dominance and got us in line very quickly, telling us what to do, which was fantastic, given that I still had very little clue. We were instructed that one of the apps we were using was for intel, and we were to have our headsets (just a simple pair of earbuds in my case) on at all times. It turned out there were intelligence agents giving us information from the other side of the world, straight into our headsets. I have never felt more like a spy in my life and I adored it.

And then, we waited for our instructions. And we waited. There seemed to be a lot of waiting around at first. While we were waiting, our team captain ran through more general instructions, which boiled down to “do what you’re told and nothing else,” although she used phrases like “hold your fire,” which made me feel very important, yet again.

You might have guessed by now what happens if a group stands in a huddle in an important landmark of a capital city, being told things like “hold your fire until otherwise told.” Obviously, some tourists wandering past must have heard us, because security showed up in their little car and started asking us questions. We hastily explained to them that it was just a game, showed them the scanners on our phone and such. They still weren’t particularly happy with the explanation, but left us to play our game, more than likely watching us from afar to make sure we weren’t about to actually blow anything up.

And still, we waited. We waited while the sun shone, the grass grew and the Australian national rugby team showed up for some photo ops. Yes, we met them. Yes, we tried to recruit them. Yes, they humoured us. Nice guys.

But then suddenly, there was movement. We received instructions through our cute little headsets, and from then on, it was a mad rush. Running from portal to portal, shooting and defending, saying a friendly good morning to the opposing team when we saw them. The battles themselves would have been excessively strange to an outsider. Hoards of people, half in green and half in blue, silently staring at their phones in the same location, occasionally yelling indecipherable phrases into the air. I have heard Ingress described as the friendliest turf war you’ll ever be a part of. I’m not sure if that’s true, but it’s at least the only turf war where a man will show up mid-battle selling pretzels.

And so it went on. Attack, attack, attack, defend, defend, defend, run to the next location. Just like real war, except literally nothing like real war.And then, after just over four hours, it was over. The scores were announced, a sweeping victory for the Enlightened. We cheered, we hugged, we went to the after party and drank cocktails named for our opponents’ tears. My team captain told me I had played better than some agents she’d worked with who’d been playing for years and I swelled with painted, green pride.

Would I do it again? In a heartbeat. Would I encourage others to take up the game? Absolutely. The only thing you’ll regret is the fact that you will never get any work done again.