Often in life you will hear certain phrases that seem to crop up fairly often. Some are pretty common sense, and others take a little more figuring out or the origins are so lost in time that they never will make sense. I’m going to speak of a fairly common one that usually isn’t meant literally.

“You scared the shit out of me.”

Now this comes in several different forms, often pointing out who or what did the scaring, but the end result is the same… the “shit was scared” out of the person. Of course this is never actually true, as the person will just laugh it off and go about their business instead of dropping their head in shame as the smell overcomes the room. I’ve heard this many times from many different people, and none of them had coated their pants in brown.

However, I am here to tell you that on at least one occasion I can confirm that someone was scared to the point of D’ing up those pants. I share this story with you now. 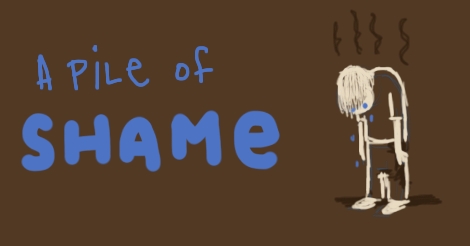 It was October and in my family everyone usually goes all out to celebrate. Not like having big family Halloween parties or anything, but everyone always decorates, watches horror films, and generally tries to play mind games with the children over the course of the month. It was not uncommon for me in my younger years to see my similarly aged cousins walking around with their heads on a swivel, made paranoid to the point of not walking straight down a hall but instead putting their back against the wall and sliding down the hall sideways.

One of my cousins, however, decided that enough was enough and allowed me in on the scheming.

The plan was about as elaborate as you would expect from a 10-year-old and an 8-year-old. My cousin would simply hide under the kitchen table and when my uncle walked by he would grab his leg. Now mind you that none of the adults in my family scared easily. I considered this an ill-fated plan the moment it came up. But as it started to darken outside, as the scary movie played loud from the living room, and as my cousin seemingly vanished under the kitchen table, a slight bit of hope started to wash over me. This could work.

We didn’t have to wait long, as my uncle’s nap schedule was as dependable as any watch. He stumbled into the kitchen on his way to the living room, perhaps to tell us to “turn that shit down,” which was why we had the television so loud to begin with. We needed him distracted. I positioned myself at the fridge, reaching around in what had to be the most unconvincing manner. After picking up and setting down the same can of Pepsi for about 20 seconds, I heard it.

My uncle had let out a yell.

It worked. It damn worked. A cry of “you little shit!” rang out loud and proud. Though it was profanity blurted out by an angry 250-pound redneck, it sounded like the song of a sweet, sweet angel to my cousin and me. We laughed and quickly retired to the back bedroom to let my uncle stew in his own shame and embarrassment.

Turned out he doesn’t stew, he plots.

Turns out that scaring the hell out of my uncle didn’t all of a sudden bring a rush of comfort over us. Instead, the sense of paranoia was even greater than usual. This was the guy who would go out of his way to scare us even if we were on our best behavior. What was this man going to do now? Was there a depth low enough that he wouldn’t sink to, or was he about to go all the way down and proudly scrape the very bottom?

I played it smart that night. I tried to mainly stay seated. Not only that, but I chose the smallest chair so I could easily pick it up and move it, strategically placing it in a spot that gave me a clear view of every direction that I could be snuck up on. My cousin, however, had started to drop a little bit of his worry and let his ego begin to swell up from his still-fresh victory. He had questioned my bravery due to my playing-it-safe technique, probably calling me a girl or whatever kids called each other before annoyingly calling each other “gay” over every single thing.

He proceeded to get up and begin to dance around the living room, a mix of the Running Man and shadow boxing. A pretty fucking sharp victory dance, but the most damning mistake of his life. My uncle did not exit, did not bust out, but exploded from the closet directly behind my cousin. Wearing what I recall being the world’s most cheaply made werewolf mask, he wrapped his arms around him and took him down to the ground.

How long had he waited in there? I know for a fact we had been sitting in the living room a good half hour. In fact, we weren’t even in the back bedroom that long before going back out. He must have gone into instant revenge mode, or was this a plan he already planned to follow through on that evening regardless of what we did. Not that it even mattered, as he had shown us kids how it was done. He continued to roll around growling on the ground for a few seconds longer. Then something odd happened. As if my cousin had suddenly started to generate electricity, my uncle jumped off of him as if shocked. Not only did he jump off, but he proceeded to back away several steps. I was a little confused, but then my uncle said everything I needed to know.

“Boy, you shit your pants.”

This wasn’t speculation. The smell backed up the accusation. My cousin laid on the ground a few moments longer, and in one of the most awkward maneuverings I had ever seen, he tried to lift himself up off the ground, get up to his feet, and walk away… all while trying to move as little as possible to prevent what I assume was the threat of shit exiting his pants and hitting the floor.

It didn’t really matter. He could have let loose on the grip he had on his pant legs and emptied those contents out into the floor for all it mattered at this point.

He was done. He was ruined… just as ruined as those shit britches.

As he walked away my uncle exclaimed “Happy Halloween,” thus adding insult to injury. 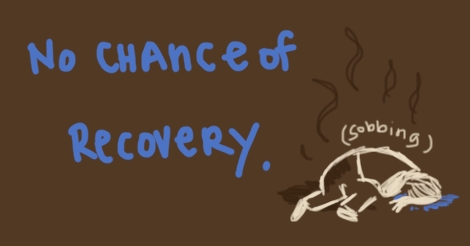 Picking Up The Pieces

My cousin, thoroughly showered and face still red from crying, would surface later that night. Oddly enough my uncle did not take the opportunity to brag or even bring up the situation again for a long, long time. He was a man who let his work do the talking. He did what he had to do, and that was his satisfaction. On the other hand, maybe the after-effects it had on my cousin were his real satisfaction. He was shaken, unable to make eye contact, and out a pair of pants.

I still talk to that cousin and I will tell you that he was never the same. I don’t know if people actually have souls, but if they do… well he doesn’t. It was lost that day, along with his spirit and probably a good deal of his will to live.

Then again, I haven’t heard from him lately. He probably just up and hanged himself like he should have that very night.