The other day, I saw a “humorous internet meme” of a sort where there is a slightly altered popular lyric from music placed into an image. In this instance, that really annoying and mostly inaccurate song by Alanis Morissette about irony was paired with a little cluster of plague doctors. “Isn’t it bubonic?” one seemed to ask. Others said it was too bubonic, etc. It was cute, I suppose. The plague doctors were cute ones. Although, I feel very strongly that a herd of plague doctors wouldn’t speak to each other in such a way. They would just smell of medicinal herbs and stare at the chaos surrounding them. There would be leathery sounds as they moved around because their doctoring breeches and shoulder-high doctoring gloves are made of leather. No banter. No song parodies.

Luckily for us all, I am a plague doctor only in spirit, and have no qualms with writing morbid Black Death focused lyrics, and even speaking them out loud! And as much as I would enjoy forming a plague doctor themed band to perform dozens of songs such as this, I respect and admire the real historical figures far too much. So I will just draw out the words in big images such as the one provided below.

And thanks, whoever made the original image! While flawed on a basic level, it enabled me to be distracted and then pleased for a happy half an hour once upon a time. And I guess thanks to all the millions upon millions of people who died miserably of the black plague! Without your suffering, I would not have a little bank of terms to select from in order to paint a word picture of agony and decay.

As always, click on the picture to see it in its real size, if you want to. 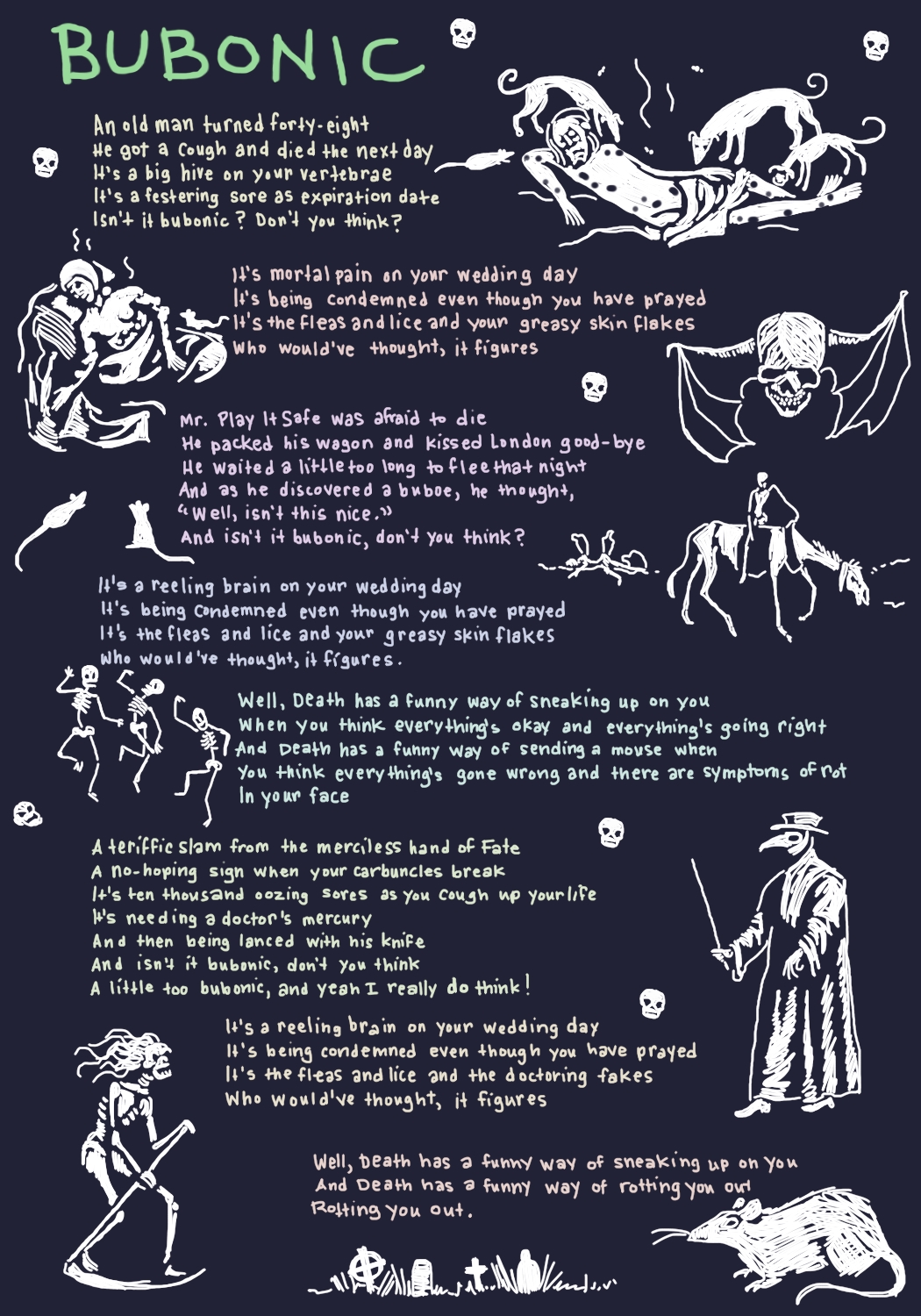