Though I have been personally asked to speak on golf legend Arnold Palmer, it may come as a shock that I know very little of his golf career. He won a lot of trophies and green jackets and the other things they give away to people that win big golf gatherings. Essentially, in the world of golf, he was pretty good.

I would come to know this man by other means. As a child one of my favorite games (and still an occasional one I play) was Arnold Palmer Tournament Golf on the Sega Genesis. This is where I first encountered this man. He graced the cover and even had a big ol’ sorta-likeness in the game. I would learn years later this was a pre-existing golf game overseas that just got a U.S. big-name golfer tacked on, but in my mind this was and always will be HIS golf game. I’m serious, even in the face of countless evidence that says otherwise, I’m basically giving him full credit for every aspect of this game. 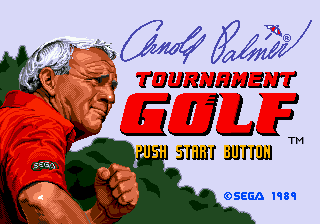 Perhaps his greatest contribution had nothing to do with the subject of golf, but rather a beverage. I am speaking of the legendary Arnold Palmer Tea / Lemonade drink. I was in the midst of the worst couple of years of my life in that Hellhole we affectionately refer to as Michigan when I first discovered it.

I’m not sure why I even went for it. Maybe because it was made by the folks at Arizona and they have a decent enough reputation with me, or perhaps it was the fact that I liked tea and I liked lemonade but had never had the combination. It was more than likely the can itself. Arnold Palmer adorned the can, an action shot of him from his golf days. He was swinging that club in one shot, then in the very front looking on with a determined gaze. Was he looking at an opponent as a way of intimidation? Was he looking on as he sank that 400 foot putt on hole 16 even though everyone said he was crazy to not just get out the pitching wedge and work to get a closer approach? “There’s no shame in taking the safe route,” they probably said. “Screw that,” Arnold probably said in reply. A man who doesn’t take risks doesn’t win that many golf tournaments, and a man too afraid to get a little wild doesn’t dump his lemonade into his tea one night and make magic. 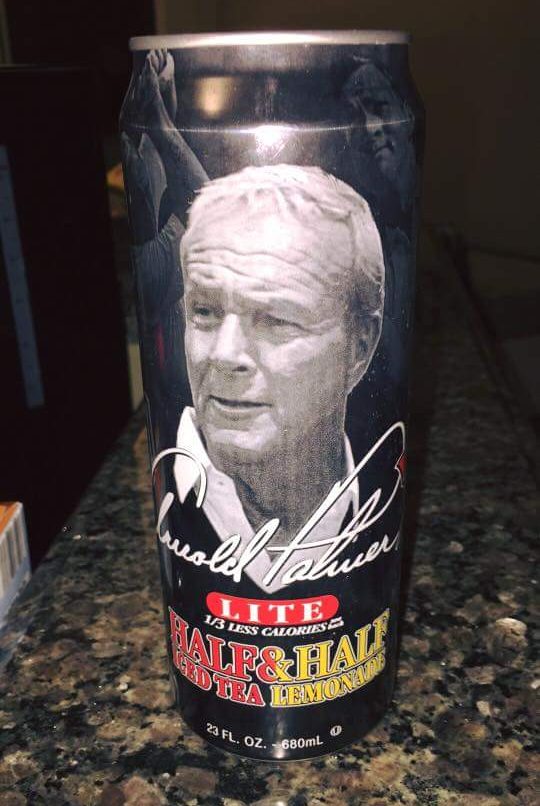 The drink became my instant jam, and I credit it for getting me through living in the north without finding myself on the business end of a rope. I would go on to try the drink in several different ways, but whether it was at Starbucks, various restaurants, or even by my own hand, it could never match the original. Clearly this is because every can of Arnold was personally poured and overseen by its namesake.

I joke, but I truly am saddened by this loss. I learned a lot about ol’ AP over the years since discovering his drink, and he seemed like a genuinely good guy who even gave a lot to the area I lived in for many years.

So fix a goddamn John Daly tonight (an AP with alcohol) and pay your respects to a man that not only conquered the greens and the Genesis, but got a big hole-in-one when it came to fine beverage.