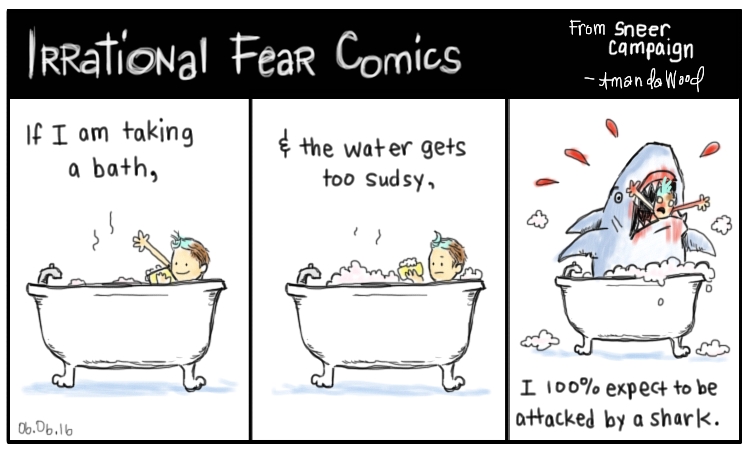 Ever since I was a very small child in mere inches of bath water, I would become stridently afraid any time the water became clouded with soap. The moment I could no longer see the bottom of the tub, it was as if I was in the sea which was hundreds, thousands of feet deep, and there was always some creature with a large toothy mouth, gaping wide open, surging up to devour me. As a two or three year old, I would suddenly cry, panic, need the F out of there. It was before I had seen images of sharks, I would imagine. Later, when I was six or so, I found a picture of a shark in a book about aquatic life, and it would also terrify me. I knew to skip the page.

Well, at my age now, I at least don’t immediately get out of the bathtub in a panic, but still, every time the water gets too sudsy, I remember that vision I would have as a child. I might cut the bath short on some days, I will confess.