So, I figure I might be seen as being a little more negative than most. Maybe I have complained about some things, perhaps even being excessive with those complaints. But you see my friends, and yes ALL of you are my friends, that was then… this is NOW!!!

I am kinder, I am a more gentle human being. You see I’ve done some thinking. I shouldn’t complain about things, in fact I should be thankful for every (formerly) annoying situation, because those situations take place during a day, and that day is another day that I am alive!!! 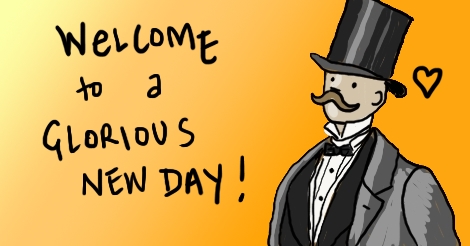 Take today for instance, I had a trip out to the store that was so incredibly moving that the tears from my laughter are still drying on my clothes. I went to the local CVS to pick up some drinks, and the man that was in front of me in line, he was an A+ #1 winner!!! You see not only did this man, buying cigarettes and a Mr. Goodbar the size of which made me feel like a little bit less of a man inside, proceed to hold us all up in line, but he also seemed to be a very spectacular man.

After noticing the time when I stepped up in line, this man had his items checked out and when it came time to pay, he just stood there. Now the old me would be saying that this guy needed to hurry the hell up. But the new me, I recognized the fact that this man was just standing there, enjoying life. He was breathing the fresh air, he was soaking in every little positive aspect of life.

The clock told me that this man had been soaking for about five minutes now, with the man behind the register asking for his card several times and then rolling his eyes. ROLLING HIS EYES!!! Now that is a fellow who needs to learn how to live right! The man finally did pay, and after pulling out his CVS card that he had spent the last few minutes looking for (it was attached to his keys by the way), when asked to re-swipe his credit card that he was holding only a few moments ago, he went on to say “I don’t have it.”

And I smiled, oh how I smiled. I am still smiling as a matter of fact.

Sure, there may be things in this world that don’t quite go the way we like. But should we really feel anything other than complete happiness when we get the wrong thing at a restaurant? I mean surely the person waiting on you is usually the best employee in the world, and this is just an off night. Oh lordy be, some folks have more off days than others, but I love them anyway. And what about those teenagers at movies, cell phones a-ringing and loud comments throughout? I have realized I am the one in the wrong, if I want to watch a movie quietly, I should do it in my own home. How foolish of me to be thinking otherwise all of these years.

Yeah, sometimes there are things in life that don’t work out the way you want. But for no reason at all should you complain, even if it is to just get it off your chest. If you ever feel anger towards someone for anything, you are a bad person, and you are in the complete and utter wrong. 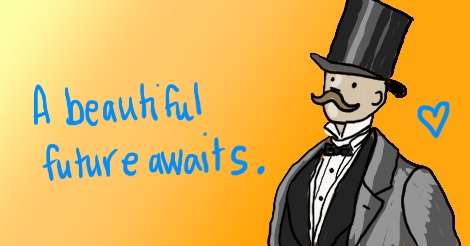