As we all know, every celebrity has a pet cause, some charity or other philanthropic organization that they tirelessly champion by mentioning it in talk show appearances up to three times. I personally have been long considering becoming a celebrity, although while it would be fun to get paid seventeen million dollars to recite lines in a near-monotone then talk in interviews about “the craft of acting,” the downside is that I would probably have to at least visit California, which means I’d be facing death by mudslide. 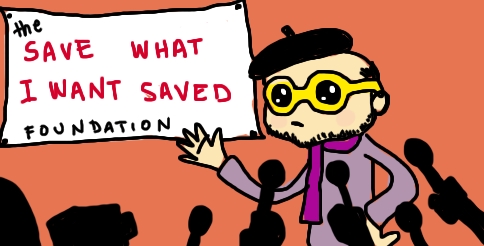 However, mudslide relief would not be my charity of choice were I to become a celebrity. No, I have come across something much bigger, something that is an enormous threat to the well-being of our teens. And that something is: Moonflower Abuse.

Now I know what you’re thinking. You’re thinking, “Dan, you’re forgetting that to become a celebrity means that you’d probably run into the wad of negative IQ and saline implants that are Britney Spears, or possibly Arnold Schwarzenegger.” However, I felt that went without saying. Also, you’re not staying on topic, which is Moonflower Abuse.

I first became aware of the rising dark tide of moonflower abuse via this story way back when, which says that fourteen Ohio teenagers decided that the seeds of the moonflower would get them high. They ate the seeds of the “Datura inoxia,” which happen to not be such a great way to get high due to their being toxic. The story goes on to say that all the teens, who had a ”median age” of 17, were okay after being admitted to the hospital with “dilated pupils, rapid pulse, hallucinations and an inability to urinate.”

Now, of course our reaction, with ”our” defined as “older and wiser in many cases,” is of course to laugh hysterically until such time as we fall from our chairs and bruise our buttocks. This is primarily due to “older” not necessarily connoting “mature.” But we should not be so fast to laugh. As you remember from high school, when you were not being shoved into your locker or a garbage can by roving packs of Piltdown men known as “jocks,” you were caught up in the middle of some fad or another that was wildly popular with your peers. It’s a well-known fact that the more idiotic something is, the crazier the teenage population will become for it. A good example of this would be parachute pants. I’m sure a lot of you remember parachute pants. These were popular around 1990 or so. These great musicians such as M. C. Hammer and New Edition would appear on MTV wearing what appeared to be a braking chute for a drag racer around his lower body while dancing around and singing about how no one could touch him. So of course, you wanted to be cool and not touched like Hammer and went to your J.C. Penney or your Gap and bought enough pairs so that if your mom lost control of the car and drove off of a bridge on the way home, you could actually hold your shopping bag out the window and parachute the entire car to safety.

Sooner or later, a teenager is going be using the internet and somehow stumble across this story while looking for pornography. I’d imagine that this teenager will be Canadian since they tend to be able to read. This teenager will read this story, and go to school the next day and tell all of his friends, and pretty soon there will be moonflower parties and oddly bulging sloshing teenagers will be selling bags of ”no-pee weed” behind the gymnasium. At this point, of course, the Government will have to step in. Moonflower will be made illegal, and there will be several ATF raids on garden clubs. Then there will be Public Service Announcements where whatever popular boyband of the day (I have stopped keeping track) will make Serious Faces while telling the Teens Of America that “Friends don’t let friends not pee.” After that will be Moonflower Cartels and drive-by urinatings. Various religious groups will start burning rock CDs because THEY sure haven’t seen any of THEM pee lately, and of course all of that will lead to McGruff making another music video. 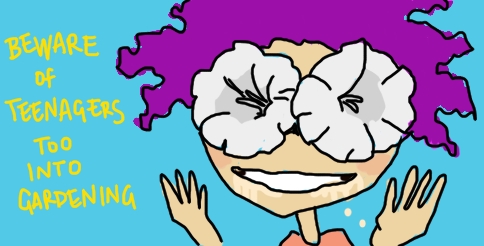 Of course, on the upside, drug tests will be much quicker.

So, out of the kindness of my heart, I will be donating all proceeds from this column to the Concerned Citizens Of Many Important Countries United Against Lame-Assed Anti-Drug Music Videos Especially If They Feature Drew Barrymore (CCOMICUALAADMVEITFDB). I think that this is something that we can all get behind.