Greetings. What you lucky fellows see before you is the first, best, and only bespoke Sneer Campaign cryptic crossword. It’s small, and near-perfectly formed, like a friendly armadillo.

For the uninitiated (which I will assume is most people – I’m told cryptics are a largely British preoccupation), here is a quick guide:

Cryptic crosswords are like regular crosswords, except generally more difficult, and definitely more insane-looking, to begin with at least. Unlike regular crosswords, the clues don’t give you a single word or phrase that you have to find an alternative meaning for. They give you a collection of words ordered in a seemingly baffling and incoherent way. Crucially though, one of the words (or phrases) in the clue is always still effectively a synonym for the answer. The rest is then some sort of wordplay that can lead you to the answer. Helpfully, you are not told which part is which. Tricks commonly found in cryptics include anagrams, acronyms, backwards words, letters being used as visual representations, hidden words, and other such skullduggery. For example, a clue to a four-letter word might read “bad rumblings conceal quality instrument,” to which the answer would be “drum.” Instrument is the synonym, conceals tells you something is probably hidden somewhere, and bad rumblings contains the word ‘drum’. See? Easy peasy when you know how. There are often themes within one crossword; sometimes they are helpful, sometimes they are not.

Print it out and enjoy! 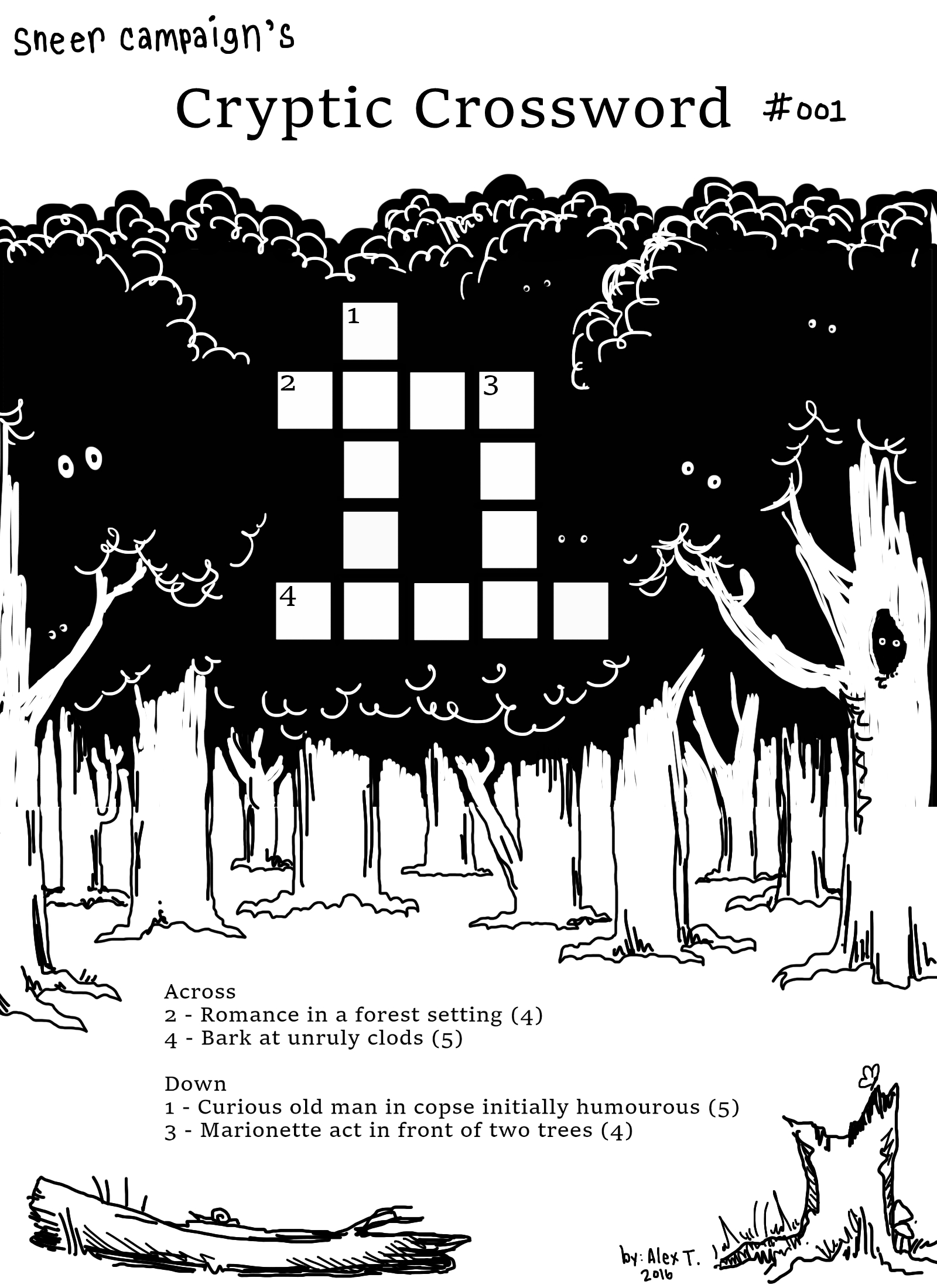 When will we post the answers? Oh, one of these days.