Welcome to my long overdue review of a movie called Dirty Girl! Welcome! Please feel welcome! I just sat down and thought to myself, “Hey what should I do next?” I have like a thousand things that I am behind on. Some things, heck, I am like two years behind on them. Where does the time go? As I perused my List of Burdens that are slowly sapping my will to live — and I look at this list somewhat frequently, and I lament. I lament at how I have all of these responsibilities to other people, or, I guess sometimes you can call them “promises” or maybe even “paid commissions” and I think about how when they are finished, I will be free at last to live my life and gosh that’ll be the day, and then I go and take a nap or something. But not anymore! Not today!

I think it has been mentioned before that I am a terrible movie-watcher. The silliest things bug me and if I am bugged like twice in a film, I get more and more hateful about it all. By the end, if I sit through the whole thing, I have created a mountain of anger out of pretty much nothing at all and I will have a rant if anyone lets me. I am ridiculously hard to please when it comes to films, especially, and I want you to know that upfront, in case you have actually come to this review wanting an unbiased opinion. I am SO biased, so read everything from here on out imagining that I am a hate-filled shrew who can find no joy in any aspect of living. 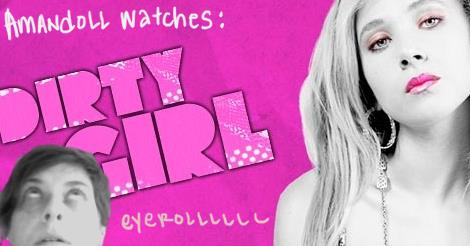 Also as you read my review, keep in mind that I am totally grumpy right now. I don’t know how it happened. It’s like just in the past hour I went from a pretty good mood as far as they go to THIS. I mean I know I am a roller coaster at best, but this is probably not a good way to be for an article where I am telling you about this movie I actually watched about two or three weeks ago one time in the wee hours of the morning and then was like, “I will write about it so soon, I PROMISE!” And now look at me. Look at all of this. Oh let me just get it over with.

Dirty Girl is a hilarious yet dramatic romp set in 1987 and follows the antics of a small town’s “dirty girl” (meaning a girl who sleeps around and does what she wants) and her newfound friendship with a shy closeted homosexual outcast boy. Then they have a road trip so that they can both find themselves.

Of course they have to find themselves.

It is a coming of age movie? I guess? And for some reason it was set in 1987 even though it could have very easily been set in modern times, which would have made more sense because nothing happened that NEEDED to be in 1987. The same homophobia can be found today everywhere, so why not make it set in Oklahoma, 2017? They sure didn’t make sure people dressed like they did in 1987. There was not much in the way of crunchy hair anywhere in this movie, so really it didn’t even need to be set in Oklahoma because I intuitively feel that people there still have big hair today. And they didn’t even make sure that the money was 80s money. The dollah billz all had big giant faces, like now-money. They just looked like kids today, but it was in 1987, guys! GET NOSTALGIC, I GUESS? Or learn history, teen demographic. Learn you up some flawed history. The only thing I can figure is that they wanted to make the soundtrack all 80s soft rock or whatever that music was, but like, a “dirty girl” would have been listening to Poison or other such awful 80s hair rock. I did not understand. It aggravated me, as you can probably detect. 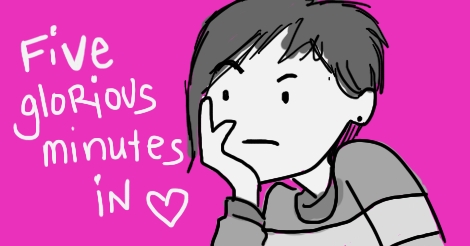 I would also like to add that some other things aggravated me. At the beginning, she gets into trouble at school for her ribald behavior and general classroom lasciviousness, so the principal puts her in the “retard class.” I do not understand this. Also the “retards” in the class are like mostly shy, pregnant, gay, or social pariahs of some sort. What school ever did that ever? Was THAT the 1987 thing going on? So she goes to this class temporarily until she corrects her terrible ways and learns a lesson. She is predictably all dismissive about it and calls them retards and fags because I guess that’s how dirty girls talk and then she is partnered up with the chubby faggot that she keeps calling a faggot every few seconds which was really charming and maybe THAT was 1987. Oh but they are partnered to raise a bag of flour like it is their child, because — has anyone ACTUALLY had to do that outside of movies or sitcoms? When I was a kid I always looked forward to high school when I would get to raise a baby egg  or baby pillow or something but I never ever got to and that’s why I never learned how to nurture or to love. Now I regard it as a ridiculous contrived lie of a plot line.

GUESS I CAN’T SAY ANY MORE without spoiling things. HEY does that dirty girl decide not to be a monster and befriend the gay kid? I did mention a road trip earlier, but I am leaving it up to your imagination to wonder if they slowly became friends via common interests and understanding or if she suddenly went from sullen and terrible to “hey you are probably all right, kid” so that they could steal his violently homophobic dad’s car and take it across state lines. While they find themselves (he unclosets and she is actually on a search for her real dad who lives in California now), how many different completely unlikely scenarios do you think develop just so that they can self-discover? How many scenes do you think I endured that each felt like they were an agonizing hundred years long? I actually cannot even answer you there, because I did lose count, but if you ever wanted to see an incredibly shy fat gay teenager suddenly break out of his shyness and do a strip routine in front of a rowdy crowd in a gay leather club to THUNDEROUS APPLAUSE, I think this is the movie for you.

God I cannot express to you how wonderful it is when characters have sudden changes of personality and heart probably just to propel the plot. And improbable plot twists! Oh god those are so delightful and put me at ease. Stereotypes? One dimensional parents and secondary characters and random gorgeous male strippers who will also sleep with teenage boys for secret pay? Good stuff. And that ever-present bag of flour baby — its expressions would change to fit the scene. That was kind of cute when I noticed until I thought about it for a single real life second and then I was like WHY DID THEY BOTHER TO DO THAT?? Oh my god and the ending! Oh how I wish I could tell you about how grating and horrific THAT was. Oh my goodness gracious golly! But I won’t. I won’t do that at all. 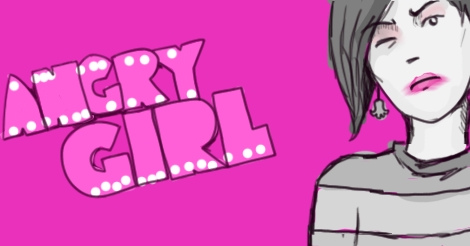 Listen though. I am not about to tell you that you should or should not watch it. In fact, maybe you SHOULD watch it. Create a drinking game surrounding the premise of “hey take a shot whenever you think Amandoll probably cringed at something on screen!” No no don’t do that. I don’t want you to get alcohol poisoning. And I mean I know I sounded so angry throughout this review but the truth of the matter is that I didn’t actually hate this movie. I thought it was annoying and a little pointless, and contained a lot of aggravating things, but I was able to sit through it. I didn’t hate the world for any amount of time after seeing it. That’s actually praise from me. The acting was not bad at all. It might have even been good. You’ll probably like it, for all I know.

I rate it 2 stars out of a possible 10 — but I generally don’t rate anything much above a 4 probably, unless it was made before the year 1945. I rate those old movies starting at a base of 6 stars.

In summary: My BFF thought it was pretty funny and liked it. So a normal, well-adjusted person will probably like it, too.