Mysteries of the Unknown: Mysterious Creatures

Mysteries of the Unknown is a Time-Life Series of books published from 1987 to 1991. They’re amazing. They focus on all things paranormal and weird as shit. For some reason, these books were a gigantic hit. They broke every record Time-Life had when they were produced, and they’re famous for the wacky commercials. Atlas Obscura wrote this great thing about them.

Well, I happen to have some of these books and I can impart this wisdom straight from its pages into your eyes. I have inherited these books from my father and 7 of the set of 33 remain. The others are probably somewhere in storage.

From sea serpents to yeti, dragons to griffins, mystery is all around us. 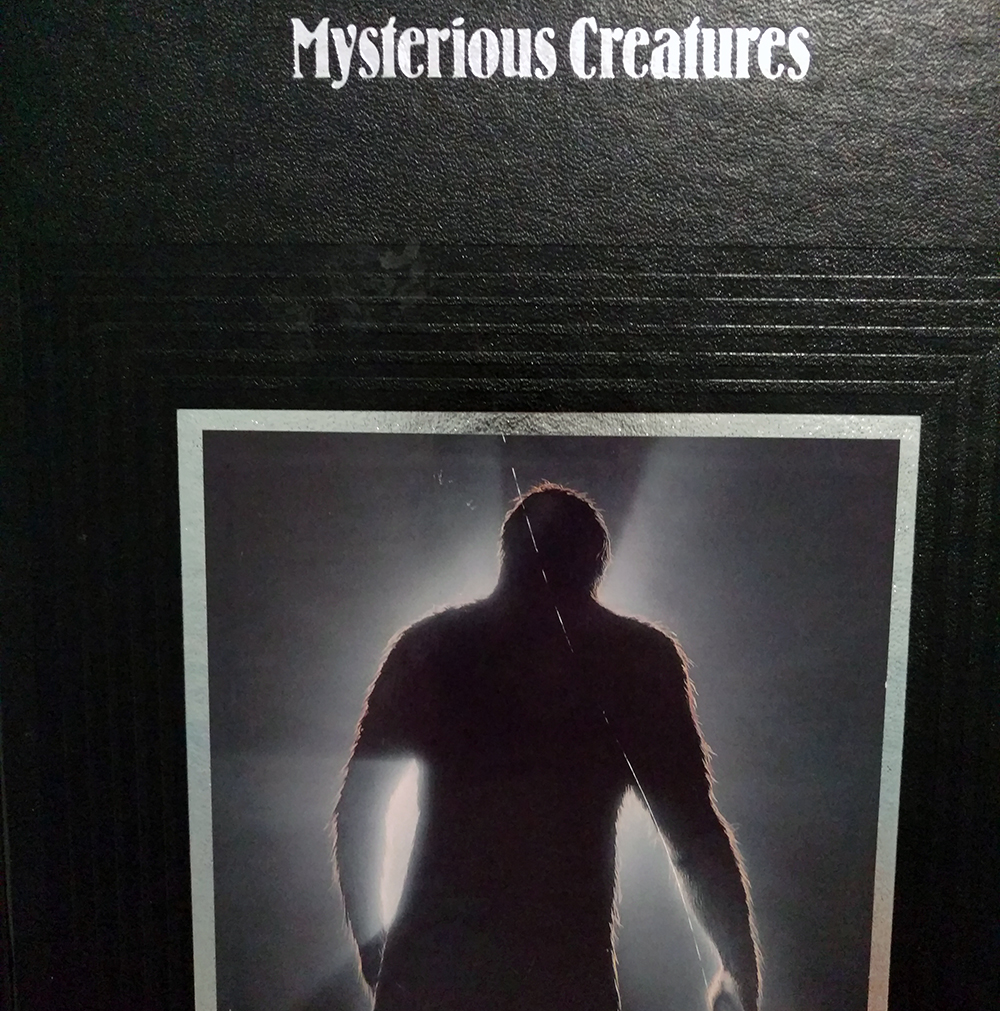 This is mostly about Nessie. It starts with other creatures like giant squids, which definitely exist, and whales not discovered until the early 1900s. It includes a bit of history of sea serpent sightings as well. But then it’s all Nessie all the time.

The book starts off with shiny full-color illustrations “extraordinary beasts of myth and legend.”  This Gallery of Fabled Beasts boasts this claim: “Incredible as such creatures may seem, it is generally believed that they were based loosely on actual beasts.” It then includes such animals as The Man-Faced Manticore and The Baleful Basilisk.

Creatures of the Sea

The book starts by assuring us that there have been recent discoveries of animals previously unknown to science. Its primary examples are giant squids and the coelacanth. The field of cryptozoology, the science of hidden or mythical animals, is probably a fun one, but unlikely to yield many results. Strangely, it lists many of these “discoveries” as events where a western scientist is shown a specimen from a “native peoples.”

Many of the stories of giant squids end in uncertain evidence, and sailors cutting them up for dog food. It seems like, considering that it is a proven-to-exist being, they could have offered better stories. It offers similarly suspect stories of sea serpent sightings, of course, many that end in the researcher/scientist being discredited. None of the reports seem to really describe the same kind of serpent or sea creature, except for the hoaxes, deliberately constructed to match past eyewitness descriptions.

What follows from there are many photos of decomposing corpses that remained unidentified.

The Quest for Nessie

Here we go with the Loch Ness Monster. You think they would lump this in with the sea serpent stuff, but Nessie gets her own chapter entirely. It offers so many descriptions of sightings and the reliability of the people who reported them. I think you’re supposed to decide the weight of each sighting based on that person’s credibility, which is based on factors like whether or not they’re a doctor and if they were maybe in the army.

Likely because of the famous of Loch Ness and the potential of a prehistoric sea monster living there, the reports of what people saw all do seem to match each other. The blurry, faded photographic “evidence” also all seems about the same shape. Much of it is illustrated renditions of what people may have seen. Those are much more hilarious.

It almost gleefully offers a scientific explanation unrelated to monsters after many of the reported sightings. Love it.

In Pursuit of Bigfoot and Yeti

It describes at least seven different man-sized (or larger), hairy, wild primates, from various cultures throughout the world. I was already about to complain that the stories were all sort of stolen from local lore and exaggerated for headlines, but then the book included this sentence:

When a reporter asked some Huppa Indians what the creatures might be, one old man said, “Good Lord, have the white men finally gotten around to that?”

The chapter starts off by describing a lady bigfoot with Pendulous Breasts. It brings this detail up more than once. A lot of the bigfoot evidence relies not on blurry photographs, like Nessie, but on questionable sets of large footprints, whether in sand, mud, or snow. There was also one instance of video proof. Proof!

Anyway it moves on from bigfoot and Yeti to Sasquatch, Almas, Wildmen, and more. Finally, it eventually makes the leap to extraterrestrial origins or Sasquatch, which is what I assume the whole book was leading up to. At least it ends with a cool monster movie gallery of posters.