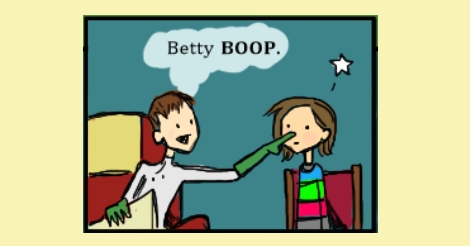 I like that Canada and the United States of America both give thanks during the autumn time of the year. I’m not sure why they are in such different months, unless it is because by November, Canadians are stuck in their igloos, buried under a thousand inches of snow, and if they venture out, polar bears will hunt and kill them. I would ask Canadian Chris to verify these ideas of mine, but he would never tell me anyway.

Anyway, I have a great idea about international friendships, because I like Thanksgiving maybe the most of all holidays. I’m sorry for the factory turkeys, but also I will eat as many as can fit for as long as I can. And I will give thanks with every bite that I choke down. It’s an enthusiasm AND an illness. Here, look at our chat comic, but I have more to say after it, too. Click, in the meantime, if you must. 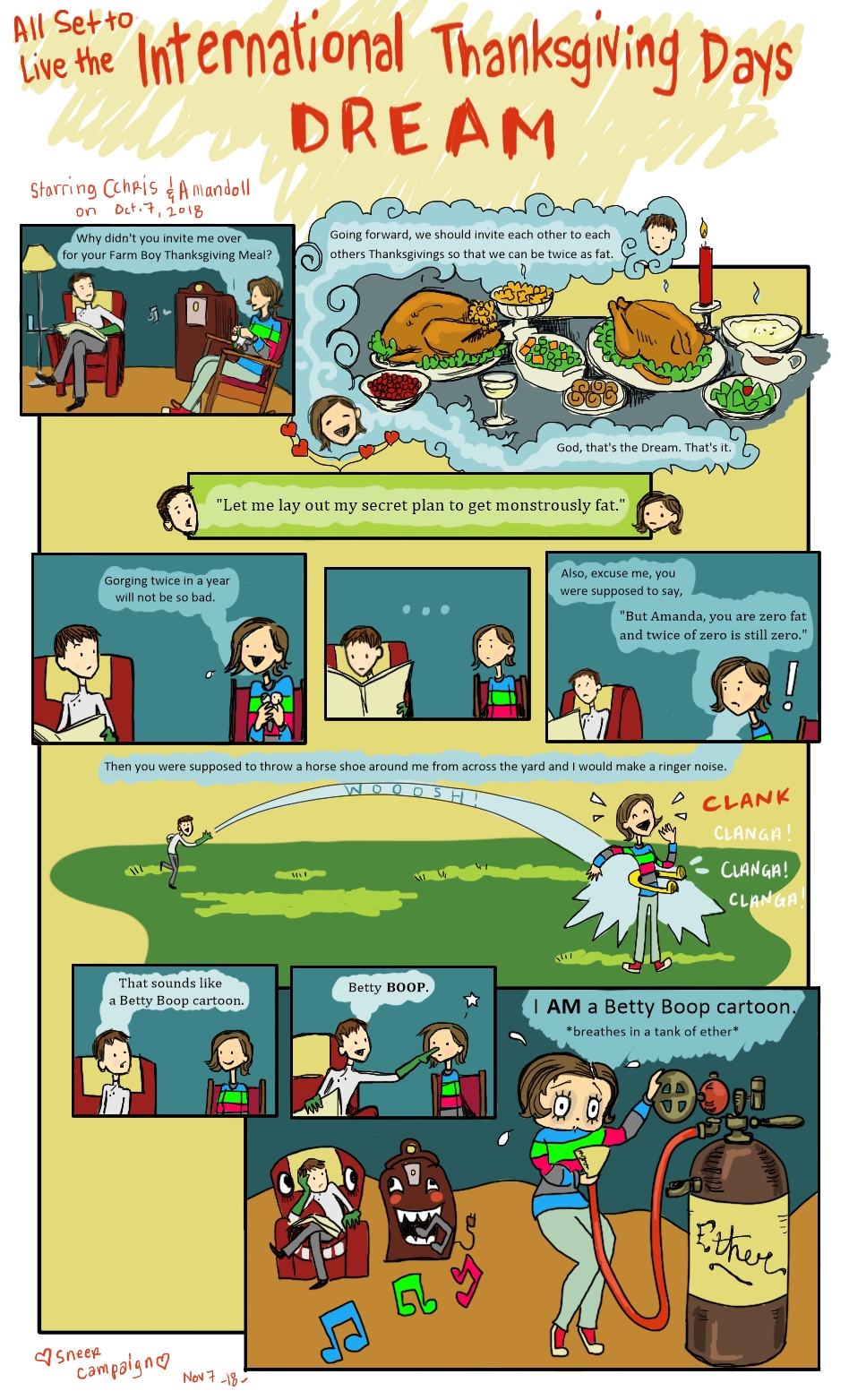 It’s a normal line of conversation, but I raised a very good second point, and that is that those old Betty Boop cartoons sure were hectically insane! I was not alluding to the fact, in the last panel, that I have huge amounts of ether to be abused any time I want, in some sort of sad cycle of addiction. I was just doing the very first thing that comes to mind when I think of Betty Boop. Those cartoonists must have all been hilarious 1930s drug addicts, because there is no other way to explain this: