Despite being artistically skilled, I don’t really consider myself an artist. Other than my brief expressions through the medium of Miifoto, my works don’t generally convey anything other than plain illustration. “This is a dog.” “Here I am scowling.” “Have some scenery.” It’s art, but it isn’t visual poetry. OR IS IT? I never wanted to go to Art School, or make statements, or be a part of a gallery, therefore I am not an arteest and that’s good enough for me.

Art museums kind of bore me unless there are archaeological offerings, too. I also like portraits of old time rich people because I marvel at the skill required. Most modern art leaves me dead inside, dead with disinterest, and quite a lot of it seems gimmicky YEAH I SAID IT. Anyway, like most things in life, imo, if it isn’t pretty to look at, who cares about substance? Not me! 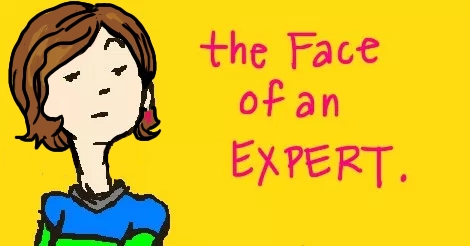 All of this being said, I do have a small list of Art Heroes who I look up to. So sit back, and all of you real artists, or people with actual artistic interests and beliefs — indulge me for a minute. I don’t know what I’m talking about, my opinions are less than meaningless, and the last thing I want to do is have any sort of actual discussion about this topic.

A glorious astronaut and fourth man to walk on the Moon, Alan Bean was also the first and only arteest to be out there actually out of this world. He died not very long ago, this year, and I had only really appreciated his work only beginning this year, but boy oh boy do I really appreciate it. His original paintings are extravagantly priced, and even the prints of those paintings are outrageous. I still want one though. As a gift. So if anyone wants to pony up the dough, I would be so very happy.

Alan Bean lovingly created scenes of astronauts, and the Moon, and astronauts on the Moon. My favorites are the ones of space men looking from the canvas at the viewer. They give me an emotional reaction that I still cannot describe. Wonder. Confusion. Isolation. Joy. Whatever the emotion is that is all of those things at the same time. That emotional reaction that consists of a vague confusion is something that I hope to evoke with my own works. Also, he said this, and it is one of the most precious quotes in the world, “If I were a scientist painting the Moon, I would paint it gray. I’m an artist, so I can add colors to the Moon.” 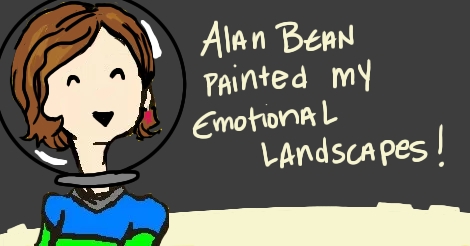 Haha yes this is the guy who did the covers of Conan the Barbarian books back in the day. I watched a documentary on him, after years of being impressed by the skilled depictions of outlandish muscular forms, the masterful play of light on those forms, and horses. He could paint a good horse. In the documentary, though, it seemed to occasionally emphasize the fact that he had this talent as an afterthought. I think he wanted to be a professional baseball player or something but instead wound up illustrating comic books in a way that was more beautiful than you’d expect. Then he started doing book covers, like, on small canvases over the course of a night. He’d pull an all-nighter and come out with these finished works that I had always assumed must have taken months.

Truly, the speed without compromising quality is actually what I find to be the most inspirational thing here. Also, honestly, I like that whole becoming a famous name in art by way of comics, accidentally, thing. Amazing. Incredible. My hero. I went to a Norman Rockwell exhibit several years ago and it was really good! It had a whole early 1900s Rockwellian town that you could walk around in and interact with character actors who were definitely not being paid enough to put up with us and our increasingly bizarre questions. Sorry, guy in the 1940s-ish radio appliance store! You did your best.

I read once that arteests of the time looked down their noses at Norman Rockwell because he was “just an illustrator.” That was probably the moment in my young life where I decided that illustrationists were much better than artists in my book, and I aspired to be one of those instead. Have you ever really looked at one of his magazine covers? They have so much detail. The human forms are sometimes a little cartoony in appearance, but so are some actual irl people. I just have to assume that Mr. Rockwell lived in a sweet Midwestern or New England town that was populated by actual human goofballs. These things happen.

His skill, his great ability to convey true moments of emotion, the fact that he was paid to do thousands upon thousands of very well done illustrations, and the fact that his illustrations were every bit as good as any other painter I have seen in a museum — all of these things inspire me deeply. I love you, Norman Rockwell. 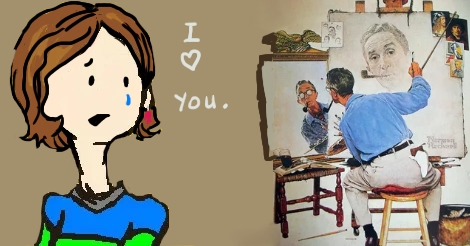 I started this article like five months ago and could only come up with three artists that I love, and I still can only think of these three. Except! I do love me some Salvador Dali, but — while his art is actually very good and I do like it, it doesn’t really “inspire” me. Why I love Dali is almost 100% his amazing, incredible, over the top quotes where he blasts his substantial ego and self-satisfaction all over our boring, common minds. Good work, Salvador Dali. That really is truly inspirational and a delight however that belongs in a different article that I probably will eventually write some day.  “Amandoll’s Egomaniac Role Models” STAY TUNED!