Online Dating: PoF in the Sea

There’s plenty of fish in the sea, they say. You know what else the sea has a lot of? Plastic. Sharks. Pirates. Dead Bodies.

My problem, of course, is not with the analogy, but with the fact that life is hard and I hate trying. 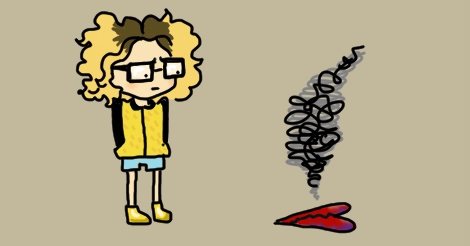 In the past year I’ve been dumped at an airport and over Facebook messenger. I’ve been ghosted, negged, threatened, etc. I’ve had a date cancelled days before, hours before, minutes after. People have deactivated their profile in the span of time between asking me out and me answering (approximately 10 minutes). And every guy I talk to appears to be moving to LA (they’ll be back).

As I mentioned in the previous post, I have met a lot of people online who are my friends, but love remains elusive. What’s the deal, internet?

Since at least 2008 (my oldest received messaged still in my inbox, from username JizzBird), I’ve been using this goddamn dating site, OKCupid. Why still?

For these, my beautyful friends:

For this gentleman, who hopes I have a type:

For this class act… 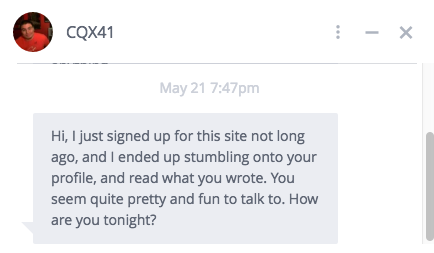 who didn’t bother scrolling up. 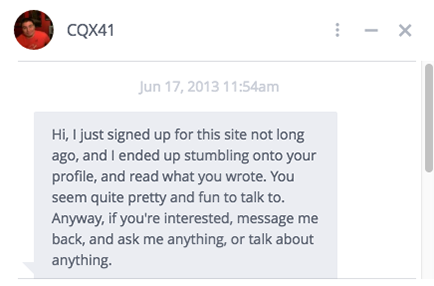 And, of course, for this young man, who has a lot to say, but not to me, the prude: