Popeye Village, A Real Life Place You Can Go

The 1980 movie Popeye, starring Robin Williams, is an iconic film in the sneer household for many reasons. Not because it’s a musical, although it’s one of the best I’ve seen. 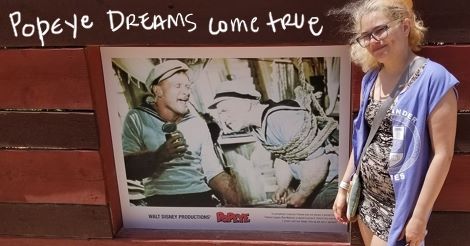 Popeye was Robin Williams’ first feature film as the star. No one could have performed that role so perfectly as he did. Williams not only did very well with the slapstick, but also blew me away with his ease of getting out the hilarious mispronunciations that Popeye was always prone to in the Thimble Theatre comic strips. Or should I say, the mispronunce-keyations that he had an affiniky for.

You should know that we love Thimble Theater and Popeye. Should our posts stop telling you that you should be familiar with what we love already? Whatever. 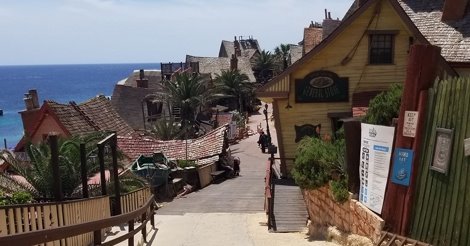 If you have not seen Popeye you should go watch it right now. The plot is superb and hilarious, the songs are SO weird and will stick in your head for ages, and the actors involved are legendary. Shelley Duvall as Olive Oyl sends up a confusing and strange character, exactly as she should be, really. 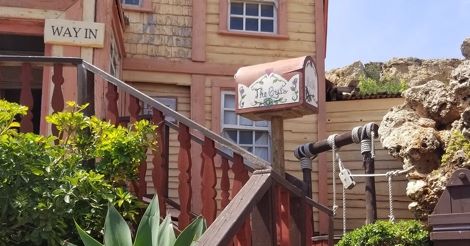 Popeye Village, the city name in Malta if you check a map, is exactly like the movie. It’s like the movie because the movie was filmed right there. It is the actual set. You can walk into some of the buildings, one is even a Popeye museum, although it wouldn’t be hard for Sneerhouse to have more memorabilia than that small room.

About every hour, they start filming some scenes from Popeye with visitors and fans as the characters. I watched as a small child playing a villain tapped an older man on the shoulder as he played Popeye. “Blow me down!” he yelled. Absolutely adorable. 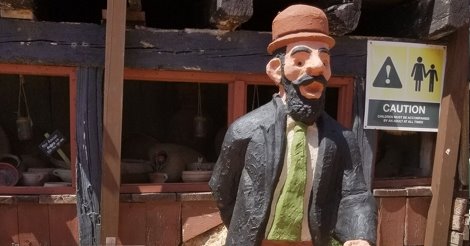 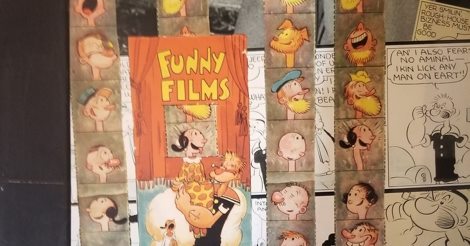 If you want some more of that sweet, sweet Popeye content, please check out this Popeye loops tumblr by our excellent pal Leah.

Sweet, Sweethaven
God must love us… 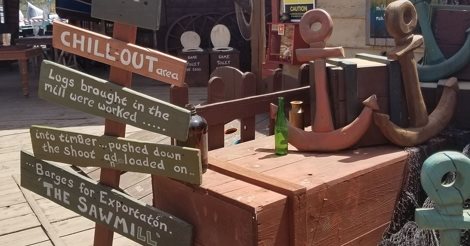