Shows to Watch Instead of The Rookie

The Rookie is the new show on Hulu about a middle-aged guy who decides to become a cop. I tried to watch it for a few reasons. For one, I love Nathan Fillion, usually. Whether he’s the star or a super weird one-off character, I have enjoyed him in everything except Castle. (Okay, I liked some of Castle.) I also love cop shows. I have watched over 50 seasons of various series of Law & Order, as well as most other procedurals. I also trusted Hulu when it recommended The Rookie to me.

But oh boy. It starts off with a weird story of how the main character decided to be an officer. It’s very typical and doesn’t add much to the plot, at all. Aside from it being about cops, the show doesn’t seem to actually have any purpose for showing those scenes. Just a cheesy way for it to cram an “X years later” frame at your eyeballs. 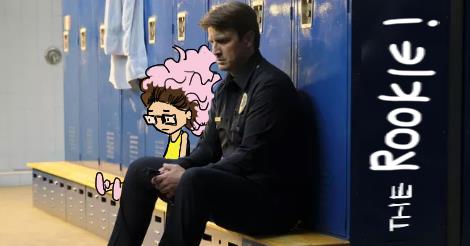 That’s not a super important complaint, but it doesn’t get much better.

If you’d rather watch a show about the day-to-day work of the police instead of watching them stumble through learning and growing as cops, stick with procedurals.

Law & Order and its various iterations can be a great substitution in this case. There are 53 seasons of the different Law & Order series, and more to come, so go nuts.

Although Brooklyn Nine-Nine might not seem like a “cop show” as others do, it’s probably because it’s funny and most cop shows are mostly drama and/or action with a hint of one-liners and sarcastic quips. If comedy is more your speed, B99 even features, in one episode, Nathan Fillion portraying a TV actor who plays a cop.

The Strange Calls is an Australian show that aired in 2011 and only lasted one season, but it’s a season that sure is worth it. A new cop in town fields emergency calls that would only work in a comedic cousin of The X-Files, so think of it as that. 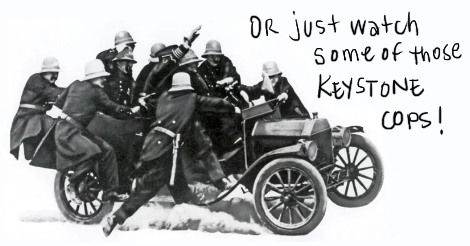 Since it goes into ACAB territory but isn’t funny enough to compensate, try a cop show that’s only terrifying and nothing else. Racism, violent beatings, murder, and dirty cops abound in this hard-to-watch, sort-of based on a real precinct, early 2000s crime drama. Just don’t make me watch it again.

If that’s all you wanted, just watch him in something else, and not a show where he may or may not be poorly cast but either way it’s not worth it.

A Series of Unfortunate Events, which is really stellar. It’s a joy to watch in spite of the unfortunate events.

Firefly, for a more action-style show. It ended too quickly but is a fun adventure while it lasts.