I didn’t watch Brooklyn Nine-Nine for too long, because I didn’t clearly understand how good it is. (Why would such an entertaining sitcom do a crossover episode with New Girl?) But after starting it earlier this month, I’ve watched the existing seasons a few times and look forward to the upcoming one (thanks NBC!). Look out for that season this Fall, I suppose.

Not only is it a great show, but I also got to teach Amandolla about Terry Crews. Fun times. More importantly, they chose Halloween as their special sitcom holiday to celebrate in-show. 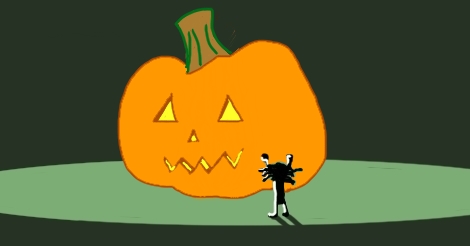 When sitcoms choose which holiday they are going to TV-celebrate, it is one of my favorite things. Some do hilarious Thanksgiving episodes, some sure love Christmas, and maybe one or two enjoy a good Hanukah or Passover. But Halloween episodes, those are the gems. You can do anything. In the 80s, we saw a lot of sitcom haunted houses and decked out spooky basements. These days, we get elaborate group costumes and wacky parties.

But Brooklyn Nine-Nine brought us something different. Something exciting, with twists and turns, to look forward to every October. The Heist.

Elements of a good heist:

A Posse: You’ll need help to pull the perfect heist, so gather a team.

A Goal: Make it something exciting, valuable. Lock it up somewhere fair.

Hubris: Openly say what you’ll be taking and by when, right to their face. Why not?

A Twist: They think you won’t do it! But, surprise!

A Victory Dance: I’m not sure this is in the TV show, but it’s a must.