Not long ago, I cruelly mocked Kevin for making a simple mistake, although it was a pretty baffling one. However, I was going on about his loss of mental faculties and how we need to watch out for each other and our inevitable senility. I spoke in a tone of a person who felt that she was above such things. I hate to admit it, but I was frontin’. 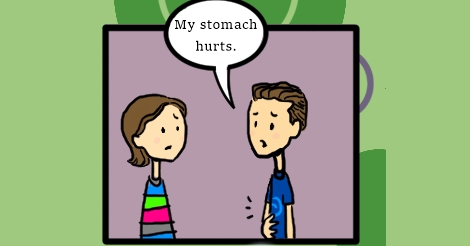 You see, I had been ridiculing Kevin while possessing knowledge that I, myself, have made at least one similarly embarrassing error. There had been a time, which he didn’t know about, when not only did AlexT trick me, but I also made a FOOL of myself by not knowing the meaning of an Italian word. I really have no excuse for anything that happened in this chat, I kind of hope this took place when I was only half awake, but I think it was an afternoon talk, when I am as alert as I can be. This shame has been buried deep in my past, but today is Alex’s birthday and I figured that immortalizing the moment that he has been able to refer to any time I start acting like a know-it-all would make a nice gift for him. So many times he’s derailed me just by saying, “Belly Lugosi” — and now I guess so can you all! HOPE YOU’RE HAPPY, ALEXT.

Click this sad comic in order to watch this tragedy unfold. I probably will never recover from this. The only lesson that I took away is to never say “really?” or anything equivalent to it to anything Alex says, ever. 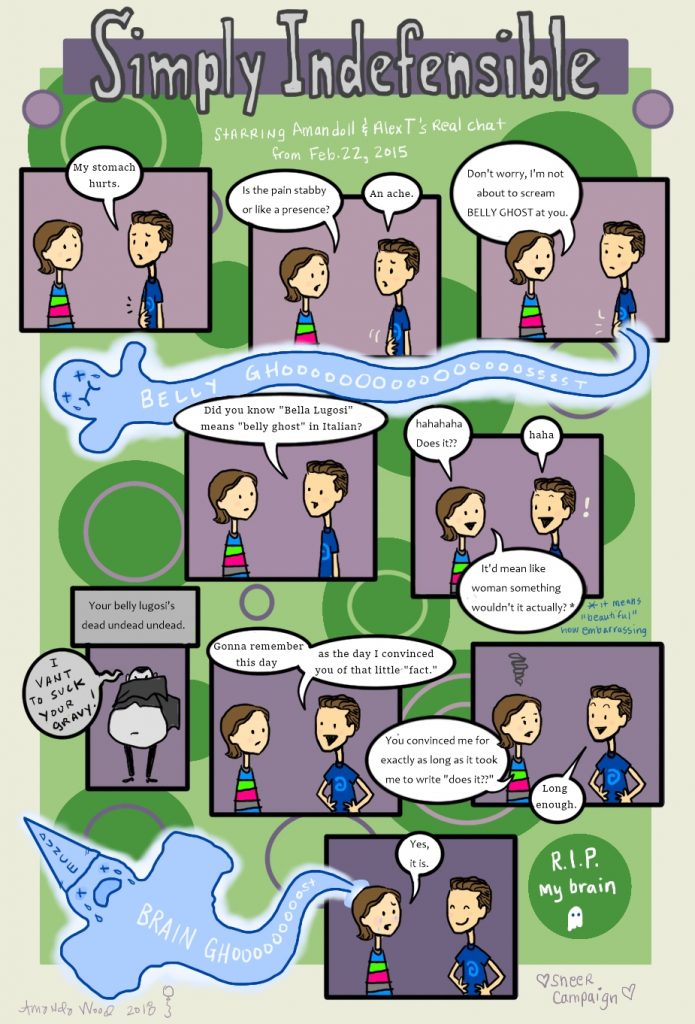