Normally I make a point of it to not cover ground that has already been covered to death. I just don’t mess with it. I know many of you are saying, “But the internet has a million seduction guides up already.” That much is true. They are all well and good, or not so good, and could probably net you a person of average ability, appearance, and expectation, if they are among the better variety. Fine if you are into that kind of thing. Personally, I’m not much for child’s play. So while the other guides might get you some ass, I’m here to get you some class.

Now I’m not giving you ALL of my secrets here. It isn’t fair to the women of the world for me to unleash an army of men they have no ability to resist. Sorry guys, you ain’t leaving with a full stomach, but I ain’t so mean that I’m not going to throw you some scraps. These tips will help you get a leg up, possibly a second leg up, but it is up to you as to whether or not you get that third leg up. As for the rest of you with the manly gender as a target, I am sure these same suggestions can work for you. Hell, any human being of any orientation seeking any other being can probably use this guide just fine. However, I can only really speak for my own self − and I have no complaints. 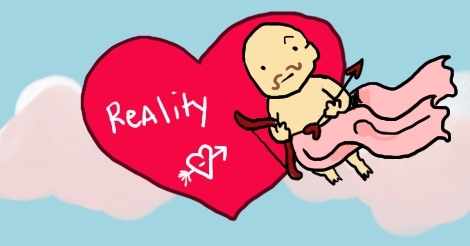 I told you I ain’t giving you everything I got, but goddamn me I’m giving you the most important. This is top shelf advice you’re finding in this section, so hunker on down and keep reading. Have you ever wondered why a highly attractive woman will often ignore you or possibly even seem irritated when you try to pay attention to her?  TV sitcoms tell us that pretty much all women want is attention, so what is going on here?

Truth be told, that girl is tired because you’re probably the 100th guy that day who has tried to chat her up. No matter what kind of line or approach you step up to her with, someone else has already beat you to the punch. This girl fully expects you to walk up to her, talk to her, listen intently, and hang off of her as if she had a ham-bone in her pocket and you were a hungry dog. You’ve done it before, but don’t be so hard on yourself about it. You just didn’t know any better.

You want to get her attention? You want her to take a real shine to you? DON’T keep talking to her. Let her know you are there, and then step away. Almost immediately she’ll be intrigued. You’ll notice that her eyes will cut over to you on occasion, a puzzled look will fall over her face, and if you can just wait it out she’ll be the one approaching you next. You see this girl is so conditioned to being hit on constantly and harassed so often, that a guy who seemingly has no interest in her at all is something that she can not process. This isn’t normal. Who do you think you are? Or could you possibly be the only non-annoying guy on Earth? It’ll eat away at her. You’ve instantly turned into a mystery novel to her, and boy does she want to thumb through every single one of your pages. That was a metaphor. A metaphor for sex.

I have heard some women saying that this works the other way around, too, and I’ll have to take their word for it. Most men aren’t as continually hit upon as women, and are generally willing to entertain the possibility of a roll in the hay pretty easily. But if you women have particular tastes and want to entice fellows who are as aloof as you are, then just play the same game. One of you is bound to break, and that’s really what both of you want anyway.

Part of talking successfully to anyone you want to get something from has to do with keeping them thoroughly confused the entire conversation. There are some easy ways to do this, and by following these simple examples you can turn what was once a simple “How was your day?” into a roller coaster so full of twists and turns that they’ll probably throw up twice before it’s all over. How many times have you wanted to chat a person up (after they have come to you following Tip 1) but your conversation went like this:

Sorry, but your future interaction with this person is doomed to just repeating the above every day, then every few days, and then once every few months. So what can you do to change this around? How can you maximize the length of this conversation all while keeping them so bizarrely interested and confused that they keep talking to you for far longer than expected? Keep their brain running on full speed by asking questions. Let’s imagine a brain is a car. Chances are if the conversation is one-sided toward you (what YOU are doing, how your day was, etc) their brain is just coasting along in neutral. You don’t want that. You want that brain going full speed. Remember this little saying: “A foot on the gas, is a…” — you fill in the rest ’cause I’m a gentleman. 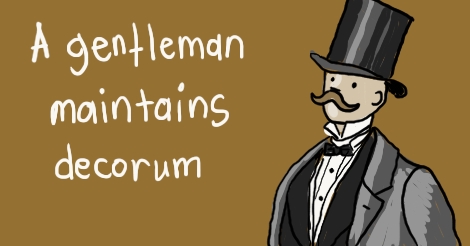 Turn their replies back on them in the form of a question. Make them further expound on what they were saying. Let it be known that you ain’t settling for a two or three word reply. You’ll keep them on their toes and at the same time they’ll appreciate your apparent interest. Remember, it’s okay to show SOME interest at this point. Also never skip over the opportunity to ask her how they feel about something. Literally, ask them how something makes them feel. This works for you in a few ways.

I know all of this sounds like insane babbling, but just try this out. Now, a corrected example from above:

Attractive Person:  Yeah, I just finished up with work for the day and I’ve got a day off tomorrow.

You:  You’ve got a day off tomorrow?  How does that make you feel?

(This is the Double Question, and is a pro move only.)

Attractive Person:  Oh, really great!  How are you anyway?

You:  You’re glad I texted you, are you?

You:  So, what are you doing tomorrow?

I can not stress enough that you need to use the word “feel.” Not only, as I said before, does this encourage talk about feelings, but there is a certain sexual connotation to the word that can not be denied. So just give this way of talking a try. No matter how crazy you think you sound, the other person will be even crazier with their desire to keep talking to you.

In short, stimulate their brain and they’ll stimulate your THANG.

Tip 3:  Keep The Muscle Off

Gentlemen, this section is especially for you! Now there ain’t a damn thing wrong with taking care of your body. I believe in exercise, whether it be at home or in the gym. When I say keep the muscle off, I’m not saying get rid of what muscle you do have. No need in starving yourself so your body goes into panic mode and eats away at it. I’m just saying don’t go pack it on. It’s a VERY common misconception among guys that girls ONLY are interested in a fellow with six-pack abs and huge arms. Unless you are trying to land a fat chick or a teenager, or perhaps sweeping populations of gay men, that does not apply.

You’ll find that most women who are normal and realize they aren’t living in a fantasy world are looking for the exact opposite. Now let me speak on this for a minute. I get pretty damned angry when I find the girls who like to objectify men and expect the most unreal body-types out of men are the ones who themselves fly off the handle when a man expects similar of women. I say if you are so demanding of the other gender, you need to step your game up and give them your female equivalent. “Hey I gotta have a guy with a TWO THOUSAND PACK but I’m gonna sit here with my top roll resting on my desk.” You get what you give, shit or get off the pot, and whatever other sayings work here! Anyway… Most women want a guy who is lean. By lean I mean when you take your shirt off you don’t have a six-pack, but you don’t have a goddamn keg under there either. I dare say some girls like to venture into the realm of finding a downright skinny fellow, but that’s such a limited number that it probably isn’t worth the health risks involved.

Goddamn morons are gonna be at the gym hitting those weights hard, but you just walk on by. Shake your head at them, shed a tear for them, but just don’t stop and try to engage them in meaningful conversation… cause they aren’t able. Drag your ass on over to the treadmill, or the bike, or something cardio heavy. You won’t believe the number of times I’ve been complimented on my long, stick-like arms. I didn’t get those arms from bench-pressing 250, I’ll tell you that much.

Get toned, get lean, but for Christ’s sake don’t try to put on a bunch of muscle. From what I have seen, most men who try without going the whole hog and becoming professional body builders wind up BECOMING a WHOLE DAMN HOG as they “gain mass” without forming it into the muscles they assumed would form themselves. The only weight you need to be lifting is however much the object of your desire weighs, and the only height you need to be lifting to is just however high your bed is.

Lonely and Lovelorn Readers… Go Forth!

Shit, I almost worry I’ve given you too much. I’m glad I’m spoken for, because with all the knowledge you fellas now possess, there are gonna be a lot less available ladies out there. I hope you take to heart some of the things you’ve read here, as these are techniques and ways of thinking that have worked for me time after time. But most of all, whether you follow a single damn thing I say or not, remember that there are no fucking leagues. Nobody is too good for you, and with the proper amount of patience, technique, finesse, and effort you can land just about anybody. These seductive moments can lead to satisfying liaisons, solid relationships, truluv, and even true love.

Oh yeah, and if you have money you can just forget everything I’ve written and just go out throwing your cash around. That works, too.