Sometimes (Often) We Are Pleased with Ourselves

We around here at the Sneer Campaign are people who love to have conversations. At least, we love to have them with certain people at the correct time. There are plenty of people who only can have tedious conversations, and I am not talking about those. I am talking about good talk, filled with banter, jokes, quips, and turns of phrase. I am fortunate to have lots of silver-tongued charmers, slither-tongued snarkers, and hilarious-tongued witty wits in my life and I love ’em. But that’s not actually what today’s comic is about. 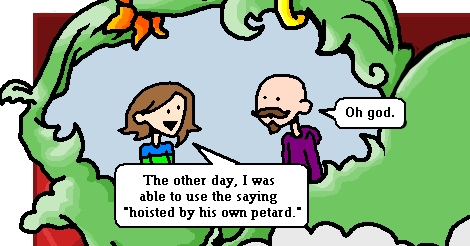 Personally, I have several sayings that I often resort to, and sayings that I try to use whenever I can. I can often be heard saying that someone or something “had a good run.” I will describe almost anything as being on a “slippery slope” whenever it is the case, and it often is! But saying that someone was “hoisted by his/her own petard” is, for some reason, one that I have always wanted to use but usually forget that I have it on standby.

Click upon this comic if you need to see it up close, if you want to look at the clear pixels of the retelling of the magical moment of my life. I was telling Billy because he also loves that saying. Yes of course we all have discussions about our favorite sayings. It’s part of FRIENDSHIP. 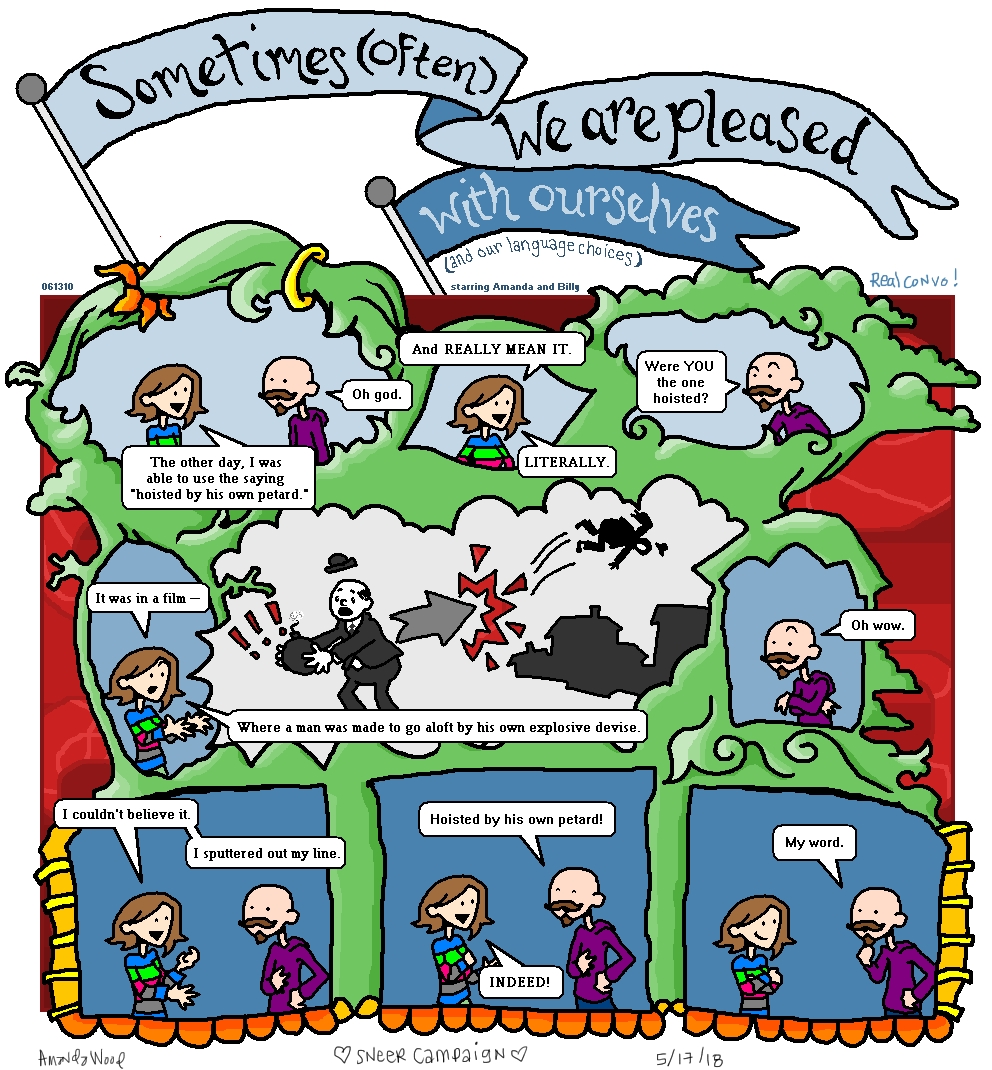