Sure, the Sneer Campaign is the Sun and the Moon, but did you know that we are also all the stars in the sky? Of course you knew! It’s written in your heart. And now it is also written in this soon to be award-winning content which you are now reading in your eyes. Next time you are trapped outdoors just turn your eyes to the skies. If it’s not too cloudy out, we’ll help you find some legendary and practically unknown constellations up there. Find a nice grassy spot with few trees, so you can look right up, and follow our guide. 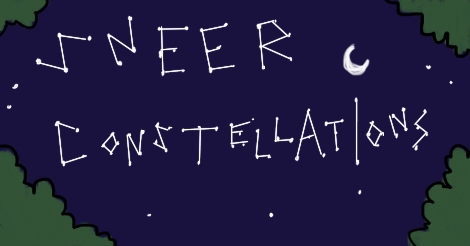 These are the most iconic of the Sneer Constellations. They are always seen together, never apart. They are comprised of just a few of the same stars, but stand pretty distinctly. You will note that one of the pair is a 1:2 scale of the other. 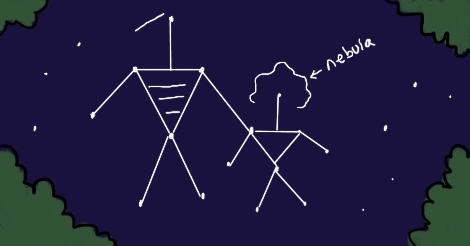 This one can appear to have as few as 4 cats to as many as there are visible stars, depending on visibility and where you are viewing from on Earth. It might also depend on how much of a catlady (regardless of gender) you are naturally. The scientific studies on this matter are still being conducted. 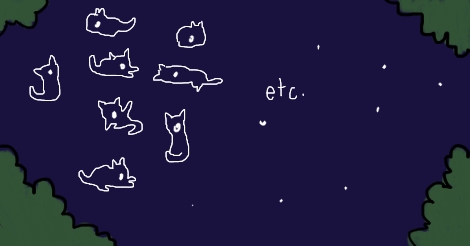 Strangely, many years ago, witnesses described this one as a set of three squares. Today, we would more specifically describe this as a three-panel comic strip. If you relax your mind, every funny thing you have seen or experienced can fit into those three panels. Such is the wonder of the Universe. 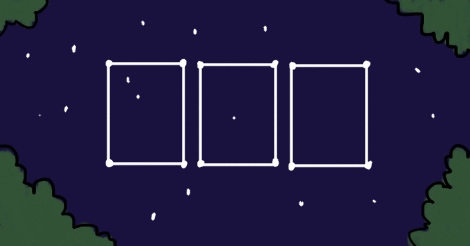 What a tremendous machine! For centuries before his fame, success, and sweeping the nation off their feet, people would check the skies for the Secretariat of the heavens. As the Earth moved, he appeared to race across the sky, predating our favorite famous racehorse. 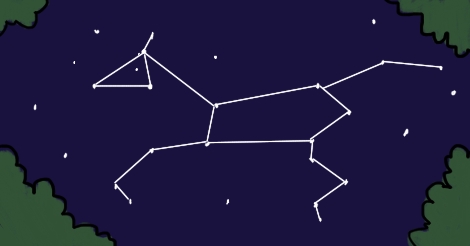 A beehive pattern, this constellation was often looked to as an indicator that our bumbley friends were from space. We are fairly certain this isn’t true, but what a set of stars that is! 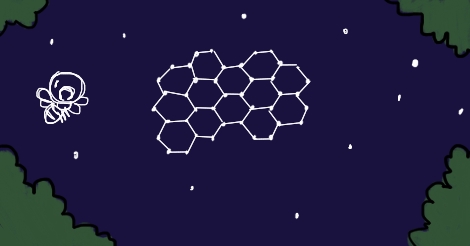