The Good Place, A Great Place

The Good Place is a show on NBC that you are missing out on if you have not yet watched! Season 2 premieres tonight, and already has pretty rave reviews from critics. Season 1 is on Netflix and if you’re like me you should run and watch it now, so that you have time to watch it thrice more before you fall behind on the new episodes.

I’ll watch anything with Ted Danson obviously because he’s always fantastic, but he really sells this one. Along with Kristin Bell, they are a superbly weird duo who seem like they’re just trying to figure things out. Michael (Danson) is an architect and designer of this Good Place, where Eleanor Shellstrop (Bell) is sent after her death. 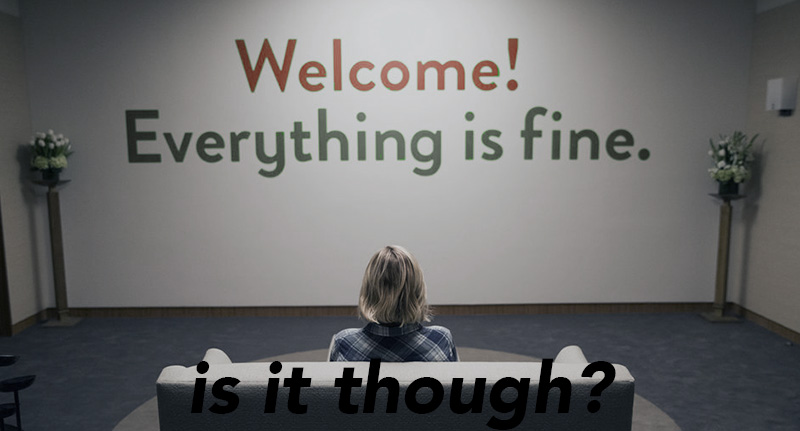 It’s hard not to give spoilers for this show! If you look up reviews, some even call it the new Lost, which is pretty strange for a comedy. Although we all left Lost with some hurt feelings and some headaches, I’m taking it as a compliment to the show, because I think it’s great.

The basic plot is that Eleanor doesn’t belong in The Good Place. She feels like she made it in by accident and proceeds to keep from getting found out and sent to, of course, The Bad Place. As any comedy would play out, this is followed by hijinks and misunderstandings. The Good Place is so good that you can’t even curse! People were rated based on each good and bad task in their lives and sent there.

Eleaner is soon joined by her Soul Mate. Soul Mates are assigned to you upon arrival at The Good Place and you’re meant to stay with them for eternity. Eleanor’s soul mate is Chidi, from Senegal. She can’t remember where he’s from a few times and refers to it as Africa, which is racist. They have two next door neighbors, soul mates Tahani and Jyaniu. The other standout is Janet, played by D’Arcy Carden. She’s an automated personal assistant with some intelligence, pretty reminiscent of a Black Mirror episode.

These main characters each have their little stories, as shows tend to provide, but they all run along the same line. What’s The Good Place? What is Good? One thing is certain and that is what makes a Good Show. This is one right here.