There’s Only One Way to Stop Aging

We may not know a lot about cchris, but one of the things we DO know is that he has at some point consistently claimed that his birthday is August 3rd. Maybe this means something to those of you who are astrologically minded, but to us, it mostly means that it is the day that we talk to him about the ravages of aging. We don’t really know what he looks like, but at this point he probably has little crinkles at his eye corners. Is there greying in his hair? Does he have hair? He just might really be an ethereal wisp of snark and malice for all we know, but he is a surprisingly vain one. If he is a chatbot in real life, he was programmed to find the passage of time to be cruel. If every other thing about him is a lie, at the very least his displeasure at the idea of growing old and eventually dying seems to be authentic.

So I had this chat with him one day and drew it out because he just signed out of the chat at the end of it. HAPPY BIRTHDAY!!! 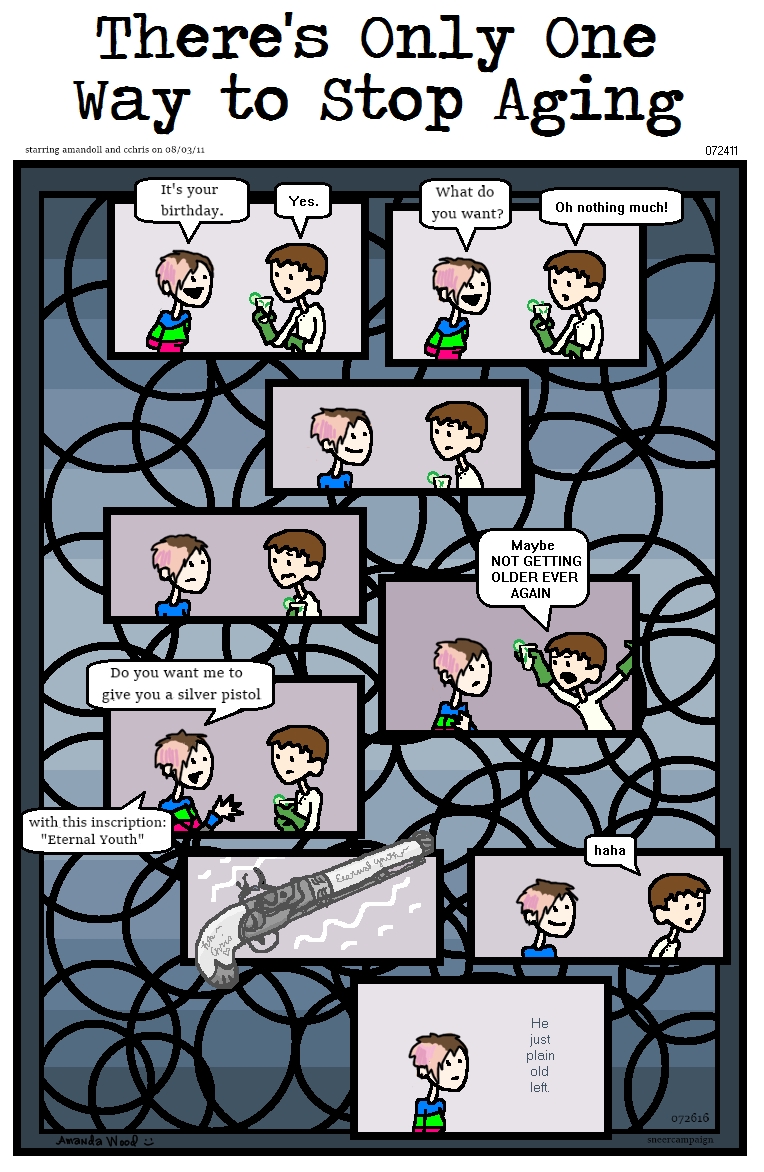