This Is an Article with (out) Almonds

I am not a person who is given to complaint — don’t believe anything you might hear from the rumor mill! Vicious lies. In my daily living, I am not about to complain about regular human error. Mostly I am thinking that if I am served the wrong food, because I don’t have any outrageous food allergies or restrictions, I will just eat it because I would rather not waste food. And I guess I would rather not make a big fuss over it. Although I just realized that they probably would let me eat for free so maybe next time, if it ever happens again, I will say something! Witness my character growth in the very first paragraph in real time. 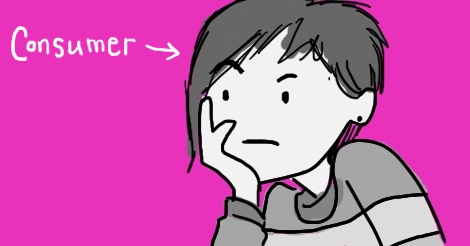 However, the point of this article is to tell you the story of this one time when I felt WRONGED. I was misled by packaging. So I went after the Kroger corporation in the only way I could figure out that didn’t involve speaking on the phone or to anyone’s face. I wrote an angry letter, just like an old person.

The reason that this article is said to be without almonds is because I was once a girl without almonds. There were no almonds in me, there weren’t any near me, the cereal box sitting next to me on this fateful occasion did not even contain one single almond. Even though it had the word “ALMONDS” in all capital letters on it. The catch is that it was preceded by the word “without,” which was NOT in capitalized letters.

It was a shame, and it caused me to write my very first letter of complaint as a consumer.

In the spaces that follow, know that I was actually filling out their “customer comment” form. I was searching for the Complaint Department. And then I started searching for the THIS IS NOT not THE COMPLAINT DEPARTMENT. And then searched for Compliment Department. But “customer comments” is the only thing even remotely related to what I was forced to do. 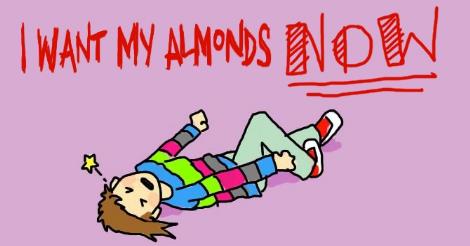 To: the Kroger Company
From: amanda@omgjeremy.com

To Whom It May Concern:

So, I bought this cereal called HONEY CRISP MEDLEY CEREAL Without ALMONDS Toasted Multi-Grain Flakes with Honey Oat Clusters the other day. The following morning, I proceeded to dine on this cereal, and found that it was sort of lacking in the Almonds Department. It was then that I realized that you have packaged your product in a somewhat misleading way.

Now, I know that it isn’t entirely your fault that I did not read OR comprehend the word “without” on the product. However, I feel that I am not entirely to blame. When you are at a crowded grocery store, being overwhelmed by the nineteen billion different cereals on the shelves, you are operating under the notion that you kind of want to get out of there as soon as possible. You read what the cereals have to offer, you grab, and you run. At least that’s what you do if you are like me.

Being manufacturers of several Kroger Brand products, I am certain that your company has tested the consumer market. So I am not about to start shouting wild speculations… Well, except for this one wild speculation that just won’t keep quiet: Don’t you think it makes a whole lot more sense to list what is IN the product, rather than just ONE thing that happens to NOT be in the product?

What are you trying to do? Trick us good almond-loving folk??

I noticed that the packaging does not say HONEY CRISP MEDLEY CEREAL Without ALMONDS & RAISINS Toasted Multi-Grain Flakes with Honey Oat Clusters, and yet along with the lack of ALMONDS, I have not seen one raisin in this box of cereal. Or perhaps there are tiny granules of raisin AND EVERYTHING ELSE IN THE WORLD EXCEPT ALMONDS.

Wait, you really don’t need to do that, because usually when something ISN’T listed on a box of cereal, that usually means that it ISN’T in there. OR HAVE I BEEN MISTAKEN ALL THESE YEARS!? Well, no, I think I would have noticed by now if my cereals had contained bolts, mittens, puppies, astronaut helmets, or barn red acrylic paint. But I never saw my cereal boxes mention that it did not contain any of those items.

Now, I am sorry if I am coming off as some crazy person who is freaking out a bit too much about the lack of almonds in a cereal that clearly announces that it is WITHOUT them, but darn it. I really wanted almonds. If you hadn’t had the word on there, I probably wouldn’t have picked it up. Or, if I had, later, I would have been all “Woops! I must have picked up the wrong one.” But because you actually wrote “without almonds” on it, in a VERY suspicious way, I might add… All capital letters except for “without”? That’s just madness! But because of that, I have been driven to write my very first rant as a consumer.

Thanks, Kroger. You’ve turned me into a 72 year old woman over breakfast!

Now, I am going to eat this box of cereal. Because I am starved, there aren’t many choices around this house, and because I don’t believe in wasting food. HOWEVER! The next time I buy a Kroger brand anything, I will be certain to look it over for any catches like this no almonds thing. I will view you with suspicion, Kroger! Until you win me back! Until my bitterness over the almonds is at an end! And I don’t know when that will be.

Conclusion: They didn’t revoke my Kroger card! And even better, I went back to the store just one week later, as was my habit at the time, and found myself in the cereal aisle. The offending cereal was COMPLETELY GONE. It was nowhere to be found. And the week after that, it was back. The one that used to say “without ALMONDS.” Yes. It USED to say that. But instead, on the shelves, there were about 15 or 20 boxes of that old cereal, but there was NO MENTION of it being without almonds anywhere on it! The boxes were fresh, crisp and new! As if they had recently been manufactured. There wasn’t even a sign of the cereal boxes of yesterweek, when I had been angered beyond reason.

Could it be that Kroger’s desire for complete customer satisfaction made it so that ONE long-winded complaint caused them to redesign a box of cereal? Or was it that I happened to be the ten thousandth complaint on that same topic? In other Kroger stores across the region, had all of the cereals been replaced? Or just in the local Kroger, the one they know I used to buy groceries because I had to fill out which store I frequented?

I’m claiming this victory though.

I Made a Difference.

Perhaps I will start focusing on poor service and misleading advertisement. Maybe in my idle moments, I will actively seek things to get riled up about and feel offended by so that I can feel like I am single-handedly fixing the whole world, little by little.

I am finding that as old age approaches, you try to make a hobby out of anything you can. 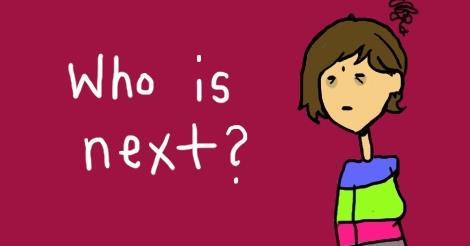