Steve Buscemi, celebrated actor with something of a cult following, joined us here in Sneer Studios to have his portrait drawn today while in his true form. He is not the only Asthma-Hound Chihuahua to have made a success in Hollywood, as his distant cousin, Ren Hoëk starred in a popular cartoon show during the 1990s. Born of a small litter of four pups in Brooklyn, New York, Mr. Buscemi’s illustrious career spans many decades and he shows no sign of wishing to retire any time soon. 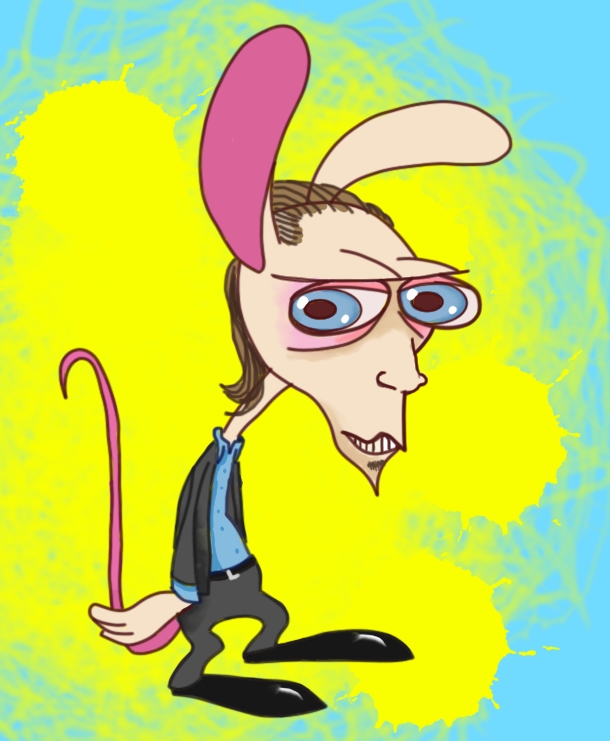