Uncomfortable All the Time

I started making these Real Chat Comics all the way back in 2010, apparently. Back when MS Paint was an earlier, superior version that had a lot fewer options, but was still better to use than it became and is still. I have a lot of old ones saved, currently unposted, and maybe I will some day have them all back up, but then again, perhaps not. Also, horribly, about ten seem to be lost forever. My heart breaks.

On this occasion, the infamous Kevin made a typo and turned it into some kind of beverage that I wouldn’t want to sip twice. But at least he was the master of his own destiny. 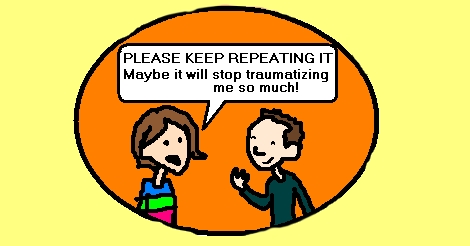 I made this comic just because there was a typo, one that made me uncomfortable after he kept going with it. So I thought the best revenge would be to draw it out and put it on a website to maybe EMBARRASS him. But it probably did no such thing. What it did do, however, was pave the way for dozens, maybe even hundreds, more comics where I depict our exact moments in conversation.

And I made sure to have our drawings look adorable in order to distract away from the quality of the conversations, in case I was the only one who found us funny. 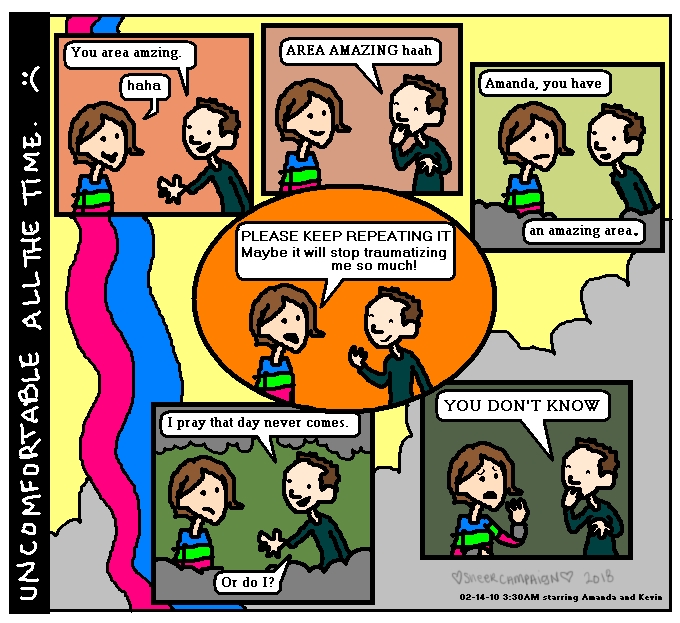