Vast Conspiracies and You

Consider this everyday scenario: Your local grocery store, probably a “Walmart” in this day and age, posts on “Groupon” that it is having a sale on Lucky Charms. You don’t know what “Groupon” is, or even if the author of this article knows how it works, but there’s no time to ponder life’s mysteries. You put on your Lucky Leprechaun Underpants and rush to Walmart. When you get the cereal aisle, you find a scene smeared with blood, fingers, and teeth. You pay them no heed as you rush down the aisle, looking for Lucky Charms, a cereal you don’t particularly care for. You eat Eggos. But the more you buy, the more you save!

To your dismay, you find an empty shelf where the Lucky Charms used to be. The smells of fear, feces, and atomized marshmallows linger in the air. How could this be? The coupon was posted yesterday, so you got here in plenty of time. Your magic underwear makes sure that fortune smiles upon you. So what happened? As you grab a box of Cheerios without so many teeth marks on it, another cereal you don’t eat, and head for the checkout, it dawns upon you: If you can’t make mistakes, and if misfortune can’t just strike at random due the machinations of a chaotic world, then you must be the victim of a CONSPIRACY. 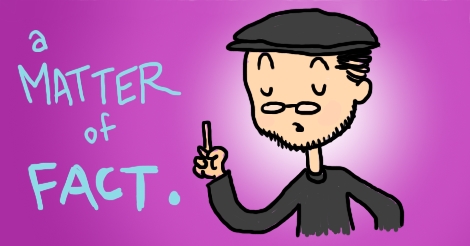 Conspiracies go back as far as humankind can remember, which is up to four days in some circumstances. For instance, everyone knows that 537 different people, including every single member of the Warren Commission, shot the single bullet that killed Kennedy. And we also know that gay frogs are impossible in the Free Market of Nature. But what about other conspirators? Here are the overviews of a few of the bigger ones.

The Illuminati were founded in Bavaria in 1776, for the purpose of talking about things like religion maybe not being the best thing ever, which would get you denounced, excommunicated, and drawn and quartered by religious authorities. The society was immediately outlawed and in retaliation caused everything from the French Revolution, which clearly would not have happened without some form of fiendish machinations, to the Cold War, because without a dark, shadowy power, it’s obvious all the US and Russia want to do is be pals and have cookouts with steak and beet-based beverages.

Masonry is, on first glance, the skill of being able to join stone and concrete blocks into walls and buildings using mortar, which was the Spackle of its day. A second glance reveals that they have a society called Freemasons, and they’re a fraternal organization where members pledge, and well-connected senior members help each other out. It’s like the Greek system except with fewer cases of alcohol poisoning and what we can only pray is less sexual assault. But a third, DEEPER look shows that they’re responsible for all the stuff you just THOUGHT the Illuminati did, and then some more. The symbol of Freemasonry is a couple of their tools, which are, of course, the still-bloody fingers and skull of an infant, though some cowardly lodges use a compass and square. George Washington was a Mason, and the major streets of Washington DC are laid out in the compass and square arrangement. Freemasonry is best known for its long-standing feud with the Illuminati over who put the weird pyramid on the back of the American dollar bill.

Shriners are like Freemasons but without the mystique, and are in fact associated with them. They are best known for their desire to dethrone God, which they act upon by operating free hospitals for critically ill children, which is in direct opposition of the WIll of God as conveyed to us by His Anointed, like Franklin Graham. God supports everything the Republican party stands for, which is first and foremost that no one should ever receive healthcare for free. Another subversive activity of the Shriners is to insinuate themselves into otherwise innocuous parades, using their driving of tiny cars as a mask to spread their Satanic messages of free healthcare for children and establishing the popularity of the fez, known to symbolize the hedonism where women are free to display their ankles and have their own names.

Airline pilots are stooges of everyone listed above, trying to convince the drooling masses that there are such things as “space,” “science,” and “math.” They make the poor, deluded people on the world think they are flying around a spherical planet, rather than the flat disc it so obviously is. They do this by drugging the passengers on international flights and flying in complicated patterns to obscure they’re avoiding the edge and going back the other way to go from Los Angeles to Tokyo. It is a sick, sad game they’re playing, and we can only hope the elite minds of the internet will expose this trickery, as well as find out why on earth they’re doing it.