Small talk isn’t as terrible as people often seem to complain that it is. It’s just a way to pass the time with people you don’t really want to be talking to, but you know you’ll be parting ways soon enough, so whatever. Weather is the best topic, despite what popular opinion claims, but other things, such as sports teams, or traffic patterns, or god I don’t know… I imagine people talk about any old thing, and once upon a time I used to think it was all endurable except for when a stranger begins to tell you a take of personal health issues. But I have a new item for the list: talk of popular television shows. 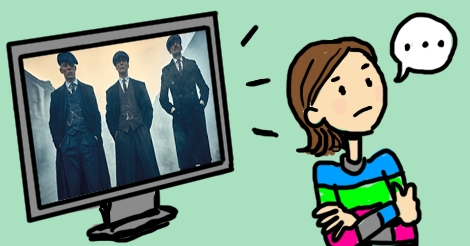 There is a great deal of average modern life that I don’t involve myself with, but I can get around it easily enough. If someone mentions sports in an effort to chit chat, they usually accept it very quickly if they are told that the other person doesn’t follow any teams. Normally, it can then become a conversation, however brief, on sports in general, or other activities instead. Even other interests can be brought into the mix, and it isn’t terrible. However, I have found that when I am asked about [insert any number of TV shows here] and I say that I don’t watch it, or the next one they mention, or the third, it is finally demanded: “Well what shows DO you follow?” And I demand back: “Why WOULD I??”

Apparently, you follow television shows so that you can kill an hour or two, or days at a time if you are binge-ing. And then, you also follow these shows so that you can talk at length about them whenever the need arises — which seems to be frequently. Maybe people actually like the plots and the acting, who knows. Who knows what these people REALLY think, if they do at all. I suspect that they all just want to avoid the awkward and shocking self-defense routine that I have to endure.

Once upon a time, I decided that I could make the effort to fit in with Joe and Jane Chitterchat. I would choose one show to watch from beginning to end, whenever that may be. I considered maybe the Sopranos, or Downton Abbey, but also for some reason just looking at the titles would make me feel tired. I watched fifteen whole minutes of Breaking Bad and then felt a fast slide into Depressionville the first moment that main character coughed, so I turned it off. What other shows have I considered? Dr Who, but it turned out to be the worst show I have ever seen. Star Trek but it’s about as interesting as a soap opera. I was told to watch Game of Thrones about a hundred times but I’m never going to give it a chance, I guess! But then Netflix lured me into trying Peaky Blinders because of the thumbnail they were choosing to use at the time: Cillian Murphy’s icy cold jaw line!

I think I like Cillian Murphy. I don’t know why, but there it is. He is an intriguing enough real person, and a good actor. I don’t go out of my way to watch things that he’s in, but I figured that at the very least, if the show itself was boring, I could just watch him and float through the experience for better or worse. I could probably notice enough of the plot to be able to discuss it. My goal would be achieved, and I would be able to function in modern polite society.

My attempt failed miserably because not even the hypnotic lure of Cillian Murphy’s mesmerizing face could distract me from the fact that I hated every single minute of everything else happening. I hate how it’s gritty and violent. In the two episodes I trudged through, I didn’t find even one character that I liked. I didn’t like how they talked, I kind of liked the time it is supposed to be happening in, but like Cillian Murphy himself, it was not enough to make watching it worth it. And strangely slow-paced! Every minute felt like ten minutes to me. I felt my life slipping away. Minutes I could never get back, with the added pain of knowing that a lot of my future minutes would be tainted from the memory of watching it.

I assume this show is still in production, so I am going to offer the creators of it several ideas for the new direction they could take. And if it’s actually over, then these can become highly lucrative sequels. You might all laugh, thinking that they would be trading a large audience that already is dedicated to this hit show for an audience that consists of only me, but I think you’ll find that you are wrong. These people who watch Peaky Blinders have proven that they will apparently watch ANYTHING, so no one will stop watching if you follow my advice: 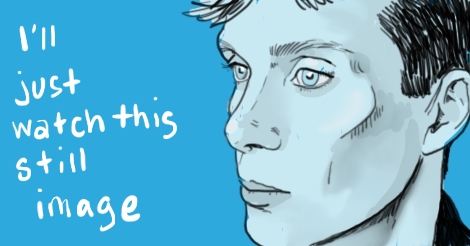