The Face of Sneer Campaign 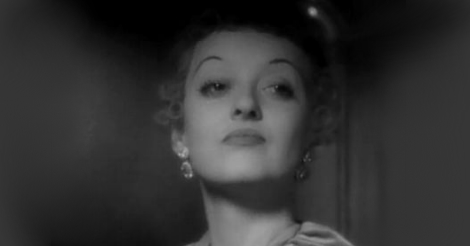 Who’s that girl? That haughty broad who appears on anything I can incorporate her into, whenever I make anything for Sneer Campaign – who is she?? What makes her so special that she has basically become the symbol of Sneer Campaign, even though she isn’t one of us, and she isn’t even really sneering there. She’s clearly judging, or about to condescend in the coldest of ways. This silver screen wonder is Bette Davis and her Bette Face is our inspiration every day of the year.

When I wrote for OMGJeremy dot com way back when, one of the articles I wrote was a movie review about an old drama called Of Human Bondage which starred Bette Davis and co-starred her horrendously bad British accent. During my viewing of this film, I was captivated by this one particular scene where Bette, already established as being the world’s worst woman, was being admired by a man who happened to have a club foot. This is one of the expressions she had during that scene and I screen captured it immediately. It was everything to me.

Here is a little taste of her character in that film, by the way. The story follows how the club footed man ruins his life by choosing her to be hopelessly in love with, and she is just a mean mistreater as only Bette Davis can be. Finally, after years of her own poor life decisions, she is staying with him rather than being homeless, and I think she might be an unwed mother, too. The man has a lovely girlfriend by this point, and upon learning this, Bette tries to seduce him and he isn’t interested. She proceeds to have a FIT. Some people and their rejection of rejection! Yikes!

Ordinarily, this would just be a delightful anecdote about seeing an average film, but the fact that I screencapped her face somehow meant that I began using it as an emoticon, usually while interacting with cchris. There ensued years upon years of us using the betteface, or “bette.jpg” as we also called it, at every opportune moment. As it turns out, that is apparently the expression we would be using in real life conversations if we ever would do such a thing. Betteface after a zing. Betteface after a judgment. Betteface in the face of a jealous outburst or criticism. Betteface in place of a “no,” “yes,” or “wouldn’t you like to know?”

Bette Davis’ face at this exact moment in cinematic history just so happens to be the purest representation of my dynamic with cchris, and that is what the Sneer Campaign was founded on in the first place. And that is why her face is our emblem. Because we happen to be smug jerks to each other for many, many years running.

And here is an illustrated picture show of a real time that he complained about the drawing I made for our first sneeriversary with an added bonus of casual use of Bette Davis’ face in order to kill the potential for a conversation. 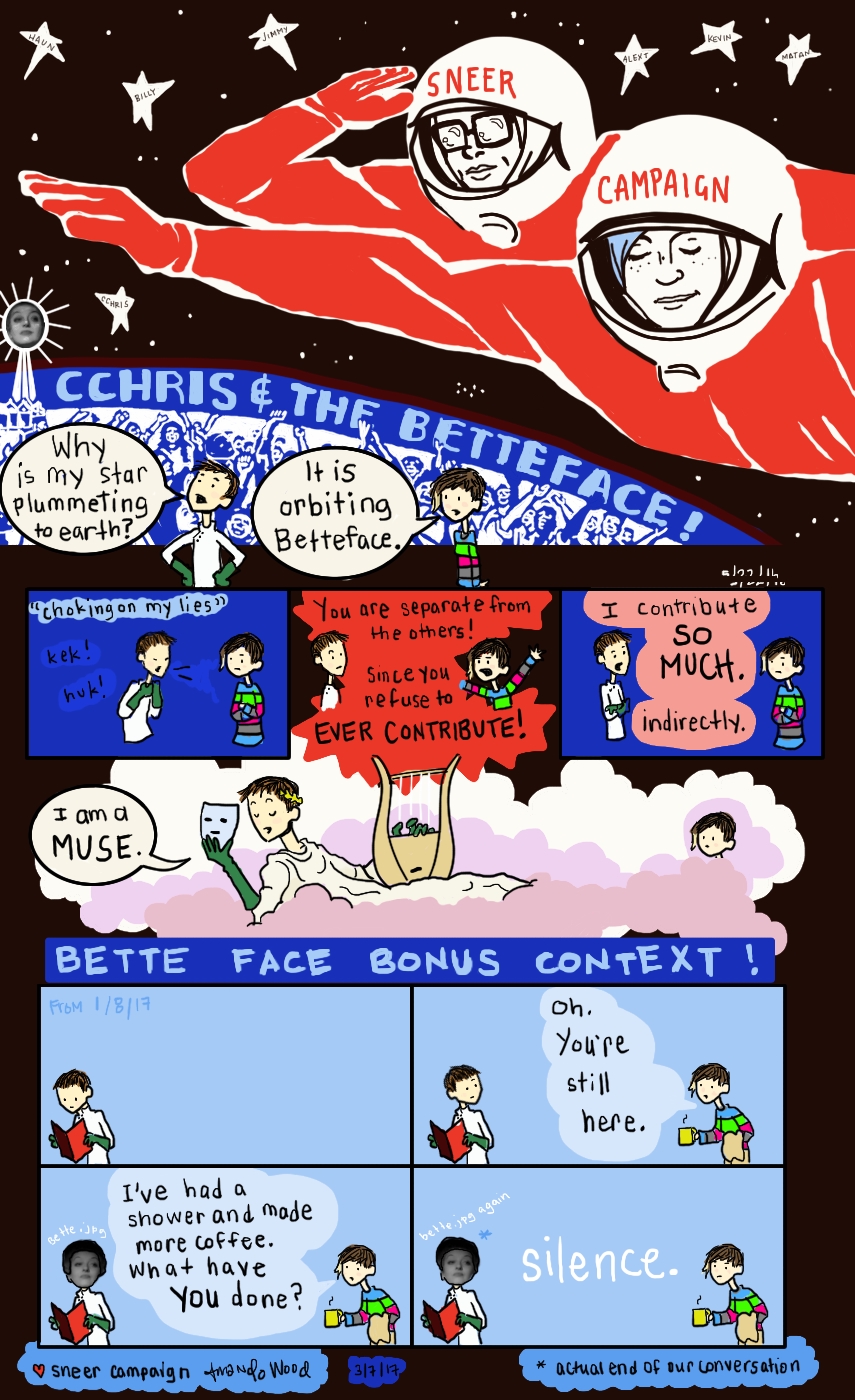