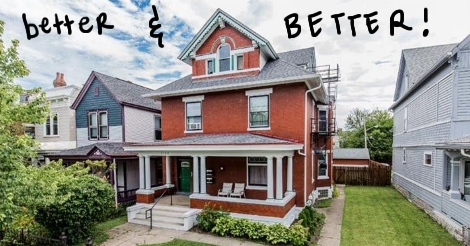 Another milestone − the most important one − is upon us. This is the Sneer House’s birthday, as far as we are concerned. Some day we will go to the actual local library and look at deeds and ancient maps to find out who used to live here, who built it, and maybe even how it used to look in order to restore it to its original whole house splendor, instead of the current look which is the “hey I’ll turn this into apartments, it will probably be lucrative” short-sighted decision of a previous owner.

Melissa moved in, over a year after getting the house. This is the biggest and most important news. She has been here under a year so far, and leaves her shorts in any room she enters first. We have still had no housewarming parties, although a great number (seven — some more than once!) of our beloved friends and Sneerists have visited and christened all our couches with the glorious sleep of no central air. It is not a restful sleep. 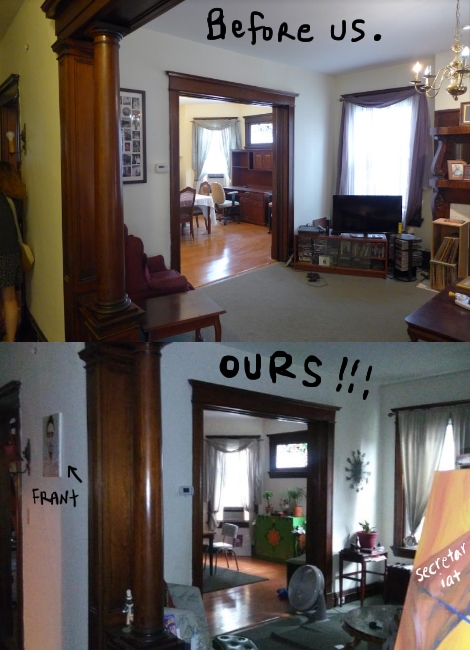 Lisa and Manny are our faithful other roommates. They play with the cats and help us with hoarding. Manny loves to cook and clean, or at least it seems like he does! He is also a garden champion. Lisa is very busy and like a true extrovert, is mostly out and about all the time. Manny comes and goes a lot, too, actually. Dollissa and I stay inside because why would we want to leave? Well, actually, we are slowly venturing out into the city and constantly making plans to “infiltrate” as though we have to be sneaky or sinister at all.

There have been fifteen bats, so far. Supposedly they will be removed soon, humanely, but the place that has Dollissa’s $900 hasn’t called her back yet! The house has also given us a grand leak into Amandoll’s room which has resulted in the second floor kitchen being torn apart to eventually be remodeled. We’ll get to it, we’ll get to it. In the meantime, this has resulted in our cooking and cleaning being split between two floors, and a probably lifelong friendship with our professional plumbers. They will be coming back soon because there are still a lot of repairs to do. This is the glory of home ownership our parents told us about. It’s great! Thanks moms and dads! 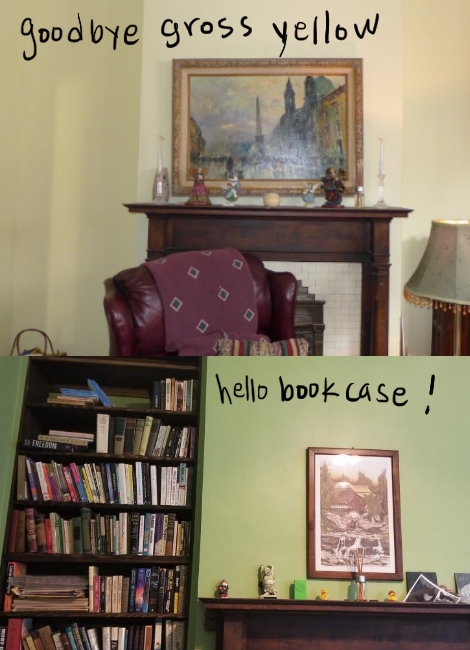 Outside, we have been vegetable gardening more than flower gardening. The weather has been weird, we think, and our crops have therefore been unpredictable. The important part is that we have crops. We even have started COMPOSTING. We barely know what we are doing, though. Next year, there will be more things growing, and more diligence involved. Also, it has flooded a lot in the region, and our basement has thrice been filled up with water. It’s a hoot! P.S. it is not good for swimming, as we’d hoped.

Judy the Cat came and then went to go live with our friend Carrie, who sometimes threatens to return her to us because she is sweet, but she is also loud and needy. What a good kitty cat she is! She did kill one or two mice and a whole squirrel though, so she really is a good cat. Tuff Ghost left for THREE WEEKS and then returned one day, almost as if nothing had happened and as if we hadn’t coated this neighborhood and other with flyers declaring him missing and afraid.

We really do expect that we will have even more to tell you about NEXT year, from more plants, to probably more pets (chickens plz), to even MORE bookshelves because my dad can make the very best kinds without much effort at all! And that’s really all we need to be happy. 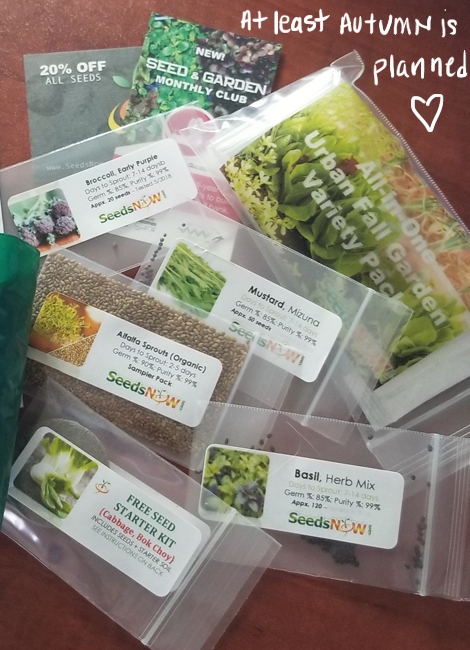