Handwriting Analysis is a terribly complicated matter. Like palmistry, it is unnecessarily complicated for the less-than-stellar results you wind up harvesting. I guess that concludes my article! Well, I’ll say more about it, I guess. If you insist.

Graphology says that things like the size of the loop on your lowercase ‘d’ has a very huge significance in what it says about your personality. In the various books on the subject I have glanced through, they all agree that if you write on an unlined page, and your sentences go upward, you are optimistic. But that if it goes downward, you are pessimistic. Or, at least, you are supposedly optimistic or pessimistic at the time of writing those sentences. Or, maybe you just had the paper at an angle when you wrote it. And if you forget to dot your “i” – oh, heavens! That either means that you are forgetful, or the type of person who rushes, or maybe you were in a hurry at the time of writing. But in order to make graphology seem more legitimate or something, they always have to sound all the way certain and take these maybe-statements and turn them into things like: “You forgot to dot an i? You are a lazy, forgetful mess who leaves everything until the last minute!” 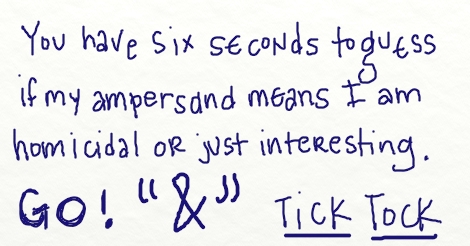 That is the major drawback I have found with the graphology. It leaves a tremendous amount up in the air and seems to draw the same conclusions that any amateur would about anything at all. It’s like looking at a person’s sweater and seeing that there is a spill on the sleeve, and a hole on the shoulder. You generally assume that the person is accident-prone and not all hung up on their appearance. But you also leave room for the possibility that they accidentally forgot to do their laundry and that was the last thing they could wear and then they had an unfortunate spaghetti sauce accident. You leave room for the possibility because you are sensible and sane. But if you are to use graphology’s rules, that sweater would indicate that you are a slob, not just in appearance, but also emotionally, probably even spiritually. You have no self-esteem and no care for conventional society. You are also a tightwad who would sooner wear filthy threads than go out and buy new clothes. You have no shame. And you are a horrible person.

Graphology does its best to prove to everyone how valid it is as a personality tool. I think it is this strange layer of desperation that causes me to dismiss it so quickly. Let the results speak for themselves, Graphology. Be satisfied as just being a tool for professional graphologists who use it to detect the crime of forgery in the real world. This is not a tool for self-discovery. It is NONSENSE. 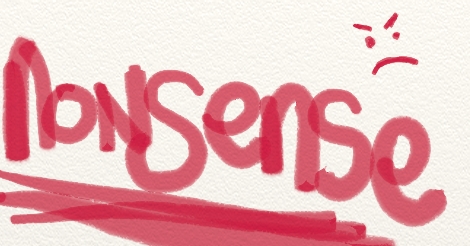 In Summary: Graphology is too rigid and insane to work for most thinking people.

Pros: Studying the Graphology may be useful if you know that you are going to be analyzed at some point in the future, so you can practice how to write in order to give the best impression.

Cons: Beyond that single pro, there is no actual conceivable use for handwriting analysis except for maybe as a party trick or something. A very, very lame party trick.