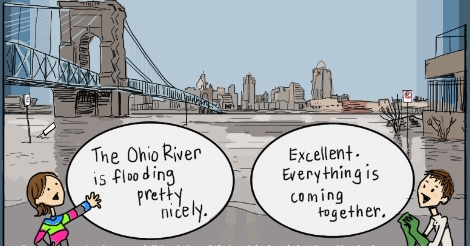 Another year around the sun and here we are again to acknowledge that cchris ages. Even if he doesn’t show it outwardly, we know it’s in there gnawing away at him as it gnaws away at all of us. Unlike that one year, however, this comic isn’t showcasing his dread on the subject. Instead it reveals one of the times he was mean for absolutely no reason. Well, I won’t spoil it for you. You can just read it yourself after another paragraph.

I would say that this little slice of our endless, sixteen year long conversation shows a lot of our dynamic. It isn’t the MOST perfect display, that has already been made into a comic, but it’s definitely among the top five. There is unexpected villainy which made me wonder what his end game is with the city of Cincinnati itself. There is sudden shouting and a dramatic smashing of a glass. Alongside the betteface, breaking glasses, vases, or lamps are a common feature in many of our interactions. Then there are the typos and the resulting shame which occurs so often that it is hardly even a shame anymore, but that realization brings a different sort of shame — one that is less of a sting, and more of a long-lasting dull ache. Hooray for friendship!

Click upon this comic in order to look at scenes of NATURAL DISASTER that I decided to include for some reason. It accents the natural disaster that is our real life conversation, I suppose.