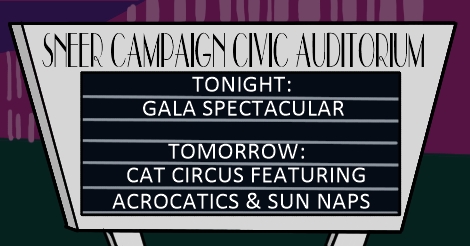 Hello, I’m Amandoll and today we’re here to honor the world’s favorite miscellaneous underappreciated humor site on the internet, the one you are on right now: the Sneer Campaign. Maybe you’ll see long lost footage, never before seen material unless you follow us on Facebook, and references to your favorite articles. I really don’t know how this is going to turn out because who plans what they’re going to say? Apparently not me! So strap on your safety belts, readers, so that your pants don’t fly off with all of the excitement!

Sneer Campaign began as a brainchild of Dollissa and me, with reluctant support from cchris. We have told this story before, and probably a lot of what I’m about to say in the rest of this article, but sadly I don’t have all 499 other articles posted at this time memorized. This is a clip show anyway, so you didn’t come here expecting all fresh material. BUT how did three people from different parts of the world meet in the first place, you ask? Why, through the magic of Fate and the Internet, of course! 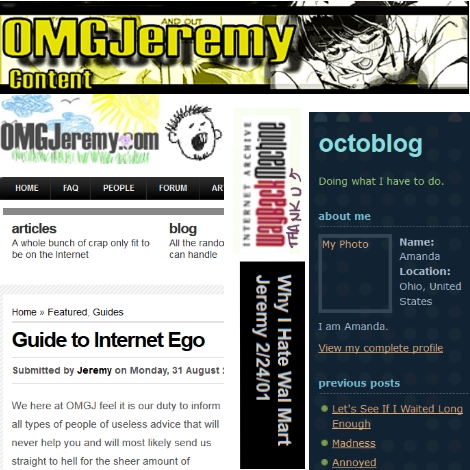 Back in 2001, I was a legal adult and yet still so young and new to the world. I was living in Milwaukee with none other than convo comic star, Kevin, as a room mate (expect to see more of him in the future). I had long used ICQ as a chat client, and in those crazy days, it was easy to find new friends by hitting a “random user” button. This is how I met OMGJeremy. I was his result for a random user.

It turned out that he had a website, which seemed very impressive as it was not covered in animated gifs or hosted on geocities. A real site?? Impossible! Eventually, he added a message board and we were surprised that strangers joined. Hundreds of them. I’m still friends with a lot of these people, but most significant to you would be the names Billy, Daniel Haun, and also cchris. 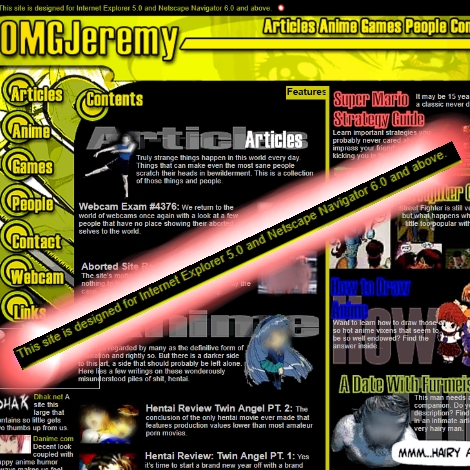 Through the years, we all wrote many different articles. So many articles. All of the games-related ones are going to Jeremy and Billy’s site, retrovania, and the rest of the good ones are slowly going up on here, although we modify them to reflect our current tastes. In the 2000s, internet humor was a lot meaner, and in these modern times we don’t want to lose jobs or be lynched in the street. The world wide web is so strange now. Anyway, we have twelve years of articles to pick and choose from, and you’re getting the crème de la crème of one of the best humor sites the world ever knew, and then forgot.

Meanwhile, in 2006 or so, cchris urged me to join the forum that was linked to various webcomics that I knew of but didn’t read very often (because I never really read any, I didn’t specifically dislike these), and it had an active, hopping community. At first, we didn’t really know how to interact with everyone, mostly because the tone of that message board was much kinder and also more manic. The OMGJ Kids were all old and gruff, if not in actual age, definitely in spirit. TaBBers were enthusiastic and chatty and like little rainbow butterflies flitting around from flower to flower. It was terrifying. 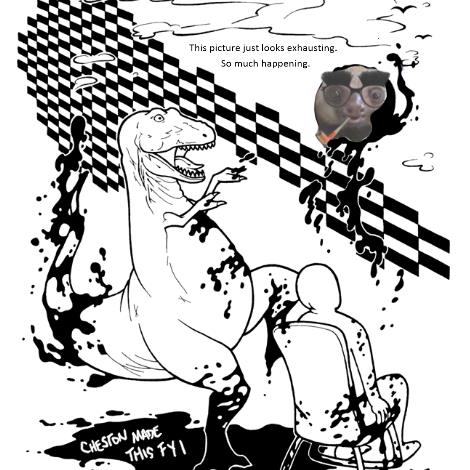 But this is how I met Dollissa (and by extension, Jimmy, who is her irl friend). In 2008, she and I started chatting off of TaBB, for some reason. We got along immediately and LOOK AT US NOW. Also we made friends with Saxon and AlexT at different times, for different reasons. We have made many friends from there, and lives have been changed. It’s still a nice place to go, but everyone is older and calmer now. I actually like it better! So there!

the Best of Both Worlds

In 2015, when we decided that everyone needed our brand of humor in their lives, we effectively merged two generations together. The OMGJ Gen-X sensibilities are cynical and gritty. The TaBBos are Millennial and — haha they are cynical, too. There’s no difference between any of us at all! “Gritty.” Haha. Grade A Comedy in every paragraph.

A glaring difference between this and the old omgjeremy dot com is that my influence is much more strongly felt. OMGJ seemed to focus on games, nostalgia, wrasslin’, hentai, crudeness generally, and this little feature we had called “Aborted Site Reviews” where we would find some horrible other site, usually horrible in content, and somehow blast out four thousand words on how much it ruined our lives to have seen it. We managed to do this almost weekly. However, despite the name having “sneer” right in it, we shy away from directly insulting strangers. It isn’t actually because we dread conflict, but we are contrary. Just look at the world surrounding us, the rest of the internet and the actual world. So much disrespect and insults to strangers. We say no to that. That’s why we’re sneerin’. 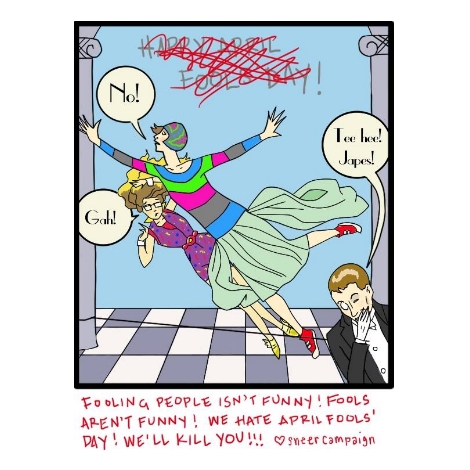 Our submission page probably tells you everything you need to know about what we do and how we like it, so go ahead and re-read that at your leisure. Following us on Twitter might occasionally grant you more content, Instagram offers not just Sneer Work, but more excitingly, scenes from my own life, my own art, gardens relating to our non-profit organization, and scenes from around the Sneer HQ. Meanwhile, joining Sneer Society will probably eventually grant you some quality tangible rewards, whenever Dollissa moves in and we have craft nights.

But, from edutainment to celebrity lampoons, accounts of actual travels, future-telling by Tonyana (Amandoll’s real life friend since 2007 or so), song parodies without music, all kinds of comics to rants to love letters, shilling, thrilling, and paragraph-filling, the Sneer Campaign has much on offer, and so much more to come. Who knows what adventures we’ll have between now and the time the site becomes profitable and then unprofitable again.

Stay tuned every single day and find out! 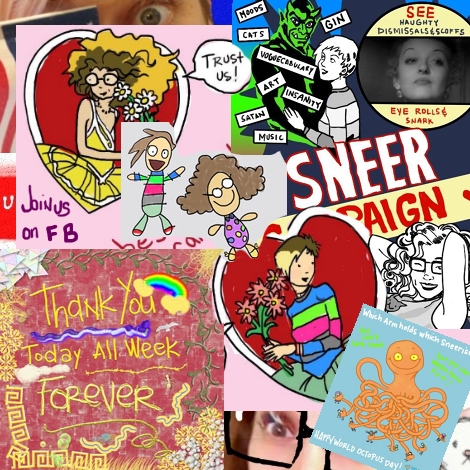